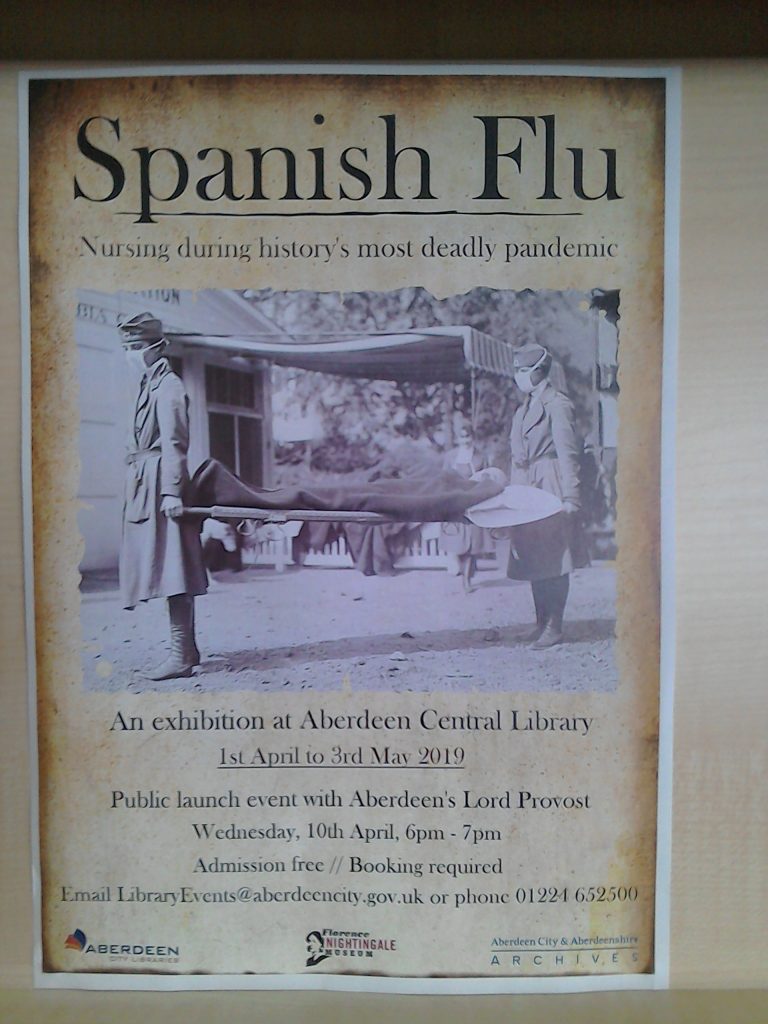 Aberdeen Central Library recently hosted an exhibition on Nursing during the Spanish flu epidemic. The information boards and short films shown were produced by the Florence Nightingale Museum, and are supplemented by material from Aberdeen City Archives.

The public launch of the exhibition was held on Wednesday, 10 April, with a short introduction by Lord Provost Barney Crockett, himself a history graduate of Aberdeen University. 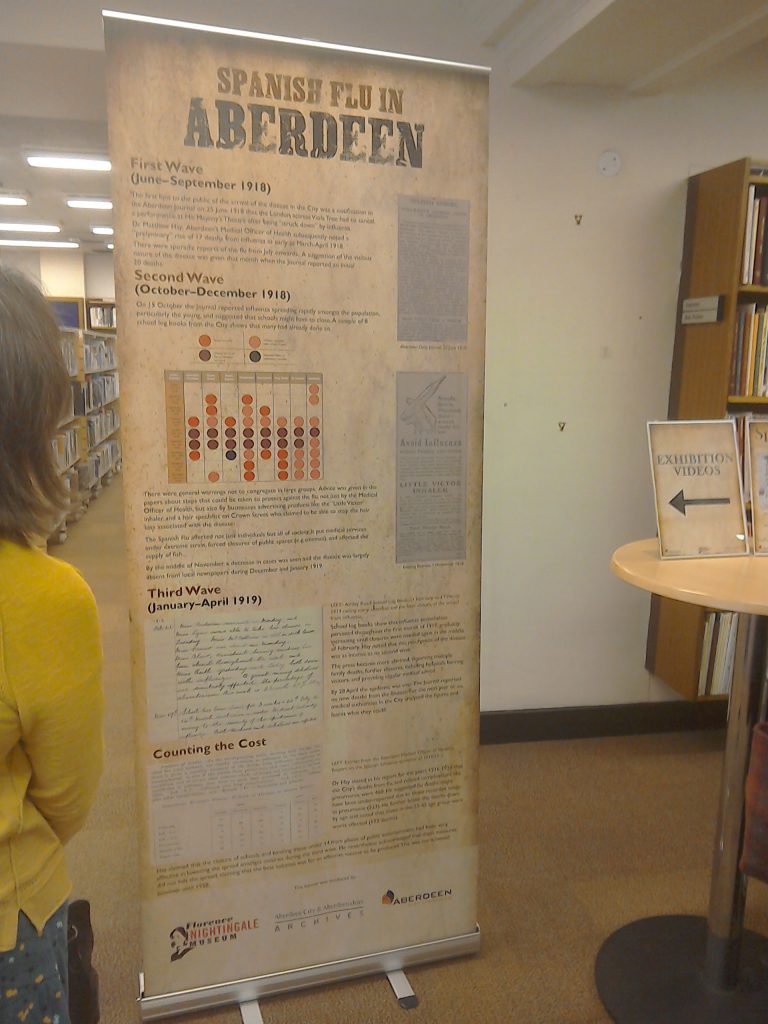 My great grandmother gave birth to her fifth child, Jean, on 11 November 1918 and died of Spanish flu two days later. She was 34. Before she died, she asked my great grandfather to support my grandmother’s education. And so, when Gran left school, the money was found for her to train as a teacher at Moray House. It’s a story I heard often enough growing up. However, until this exhibition I had not realised that there came a point in the illness when the patient became cyanosed and all hope of recovery was lost. It must have been at that point that my great grandmother pleaded for “Mary to get her chance.”

The short film, beautifully produced, focusses on the starting point of the epidemic in Great Britain; returning soldiers brought it to London, where the hospitals, already short of nursing staff owing to the demands of the war, struggled to cope. Nurses risked their own lives to tend the sick; some contracted the flu and died. 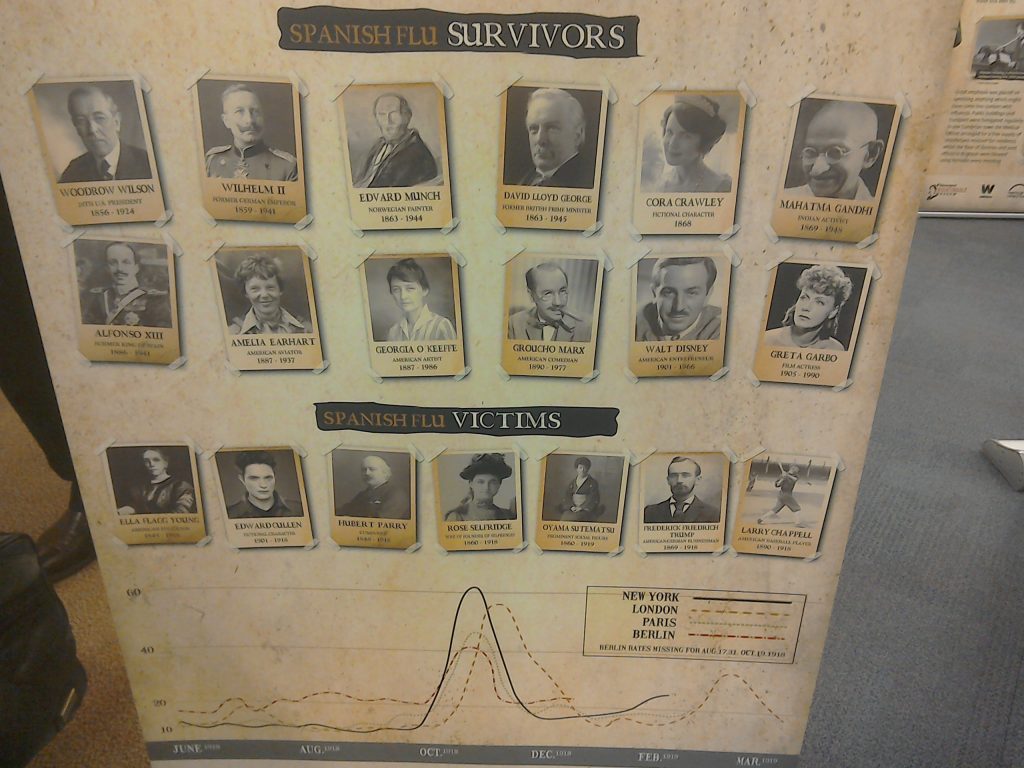 ‘Spanish Flu Nursing during history’s deadliest pandemic’ is travelling round the country. It is well worth a visit.

The main exhibition is at the Florence Nightingale Museum, London. until 16 June

1 thought on “Out Gallivanting – Spanish Flu: Nursing during history’s most deadly pandemic”