In this guest post Liz Smith argues that Margaret Sharp Peace a local Greenock poet born in 1822 was a remarkable woman with the confidence to publish her own poems which related family life and who deserves to be better known in her home town, in Scotland and beyond. This post first featured on Liz’s blog ‘The Greenockian’ 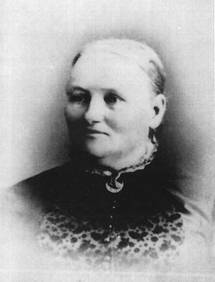 Margaret Sharp Ferguson was born in Greenock on 8 January 1822.  In 1845 she married Robert Peace, a tinsmith also from Greenock.  Margaret and Robert would go on to have 10 children and travel widely, eventually settling in Auckland, New Zealand in 1865 after a time in Newfoundland. 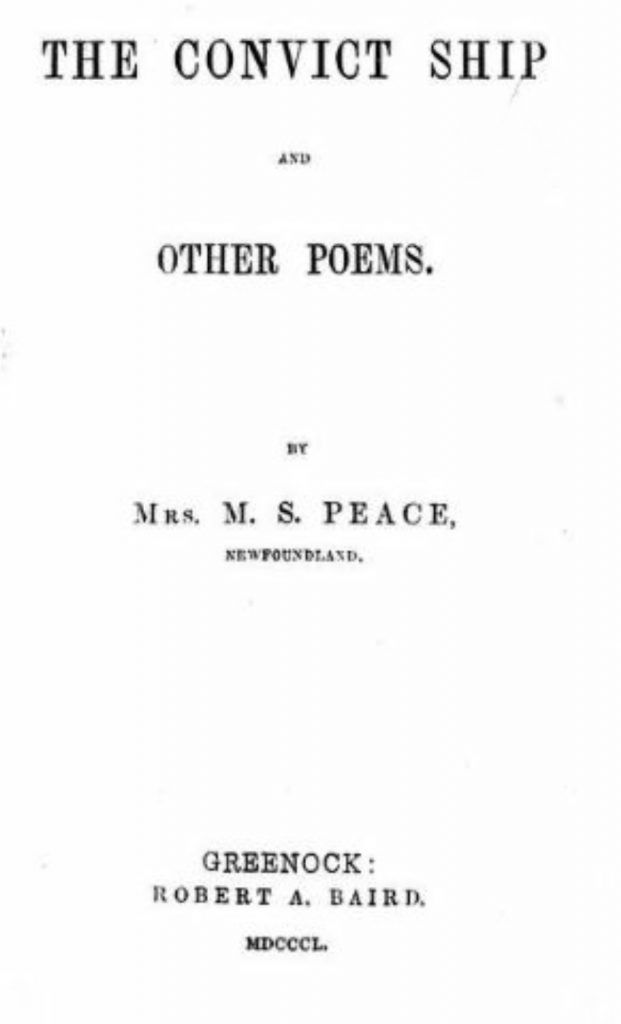 Margaret published a book of poems “The Convict Ship and Other Poems” in 1850 (Robert A Baird, Publisher, Greenock).  The preface reads –

“The wishes of many friends induced the following sheets to be committed to the press.  The copies of this little work will chiefly, it is believed, circulate among the friends of the Authoress; it was therefore thought better by those who collated its pages to retain in every case her own thoughts in the very words she had chosen to clothe them with, than to attempt to give a stronger artistic effect by the use of language less homely than she had herself employed.”

Among the many religious poems are several which seem very personal to her.  Many portray her thoughts on family life and loss – “My Wee Son” – “Dear laughing imp o’joy, thy een, Blue, blue as heaven’s azure sheen.”  Others depict sights she has seen and her life experiences.

One of my favourites is “To Newark Castle, Port Glasgow“.  Many of the verses are full-blown in their descriptive tone, but one or two capture the beauty of the place –

“All, all are mute; thou alone art remaining,

Sad wreck of the past, of the days that are gone,

None gaze on thee coldly, thou desolate one.”

Where is thy pomp, and thy pride, and thy glory;

Mouldering pile, scene of many a red foray,

Big with the tidings of nature’s decay 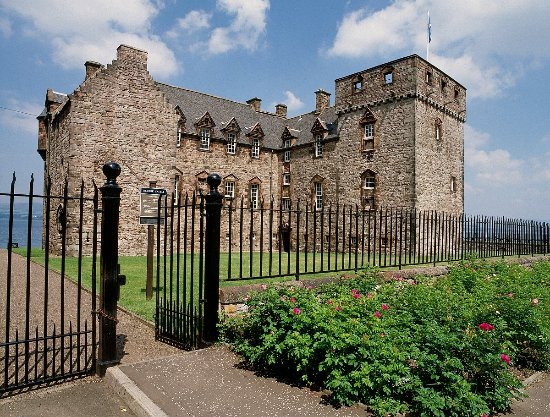 Margaret and her husband travelled on the brig Ann Johnson to St John’s in Newfoundland where Robert set up business on Water Street as a tinsmith making stoves (see the advertisement below).  Margaret would have eight children there (not all survived).  She wrote poems of her life in Newfoundland. 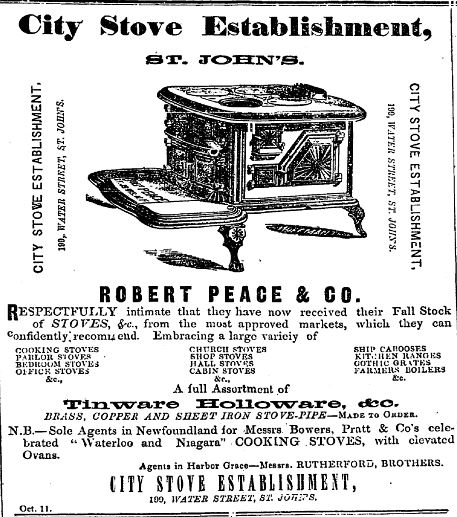 However, by 1864 the family were once again on the move. The Peace family along with the Foote family bought a 132 ton 3 masted ship, Clara, the set sail for New Zealand. Can you even begin to imagine a journey like that – from Newfoundland to New Zealand with six children! There’s a wonderful description of the voyage written by a great-granddaughter of the Foote family. You can read it here on the site for the Encyclopedia of New Zealand. Margaret’s sister Isabella Ferguson was with them and you can read some of Margaret’s diary entries of the voyage here.

It wasn’t all plain sailing. The skipper, Captain Roper does not seem to have been popular with the passengers who complained during a stop over at Melbourne of the poor quality of the provisions on board: 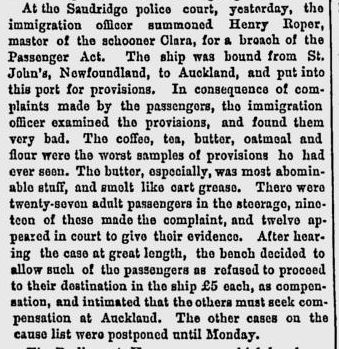 On 30 June 1865 they arrived safely at New Zealand.  Robert once again set up in business as a stove maker on Shortland Street, Auckland:

Margaret died at Auckland in 1897 aged 75 and Robert died in 1908.  They are buried at the Purewa Cemetery in Auckland.

I wonder if the young poet, Margaret Sharp Ferguson Peace from Greenock ever imagined that her life with Robert Peace would involve emigrating not just once, but twice with a large family in tow, to make a brand new life on the other side of the world. What a remarkable woman!