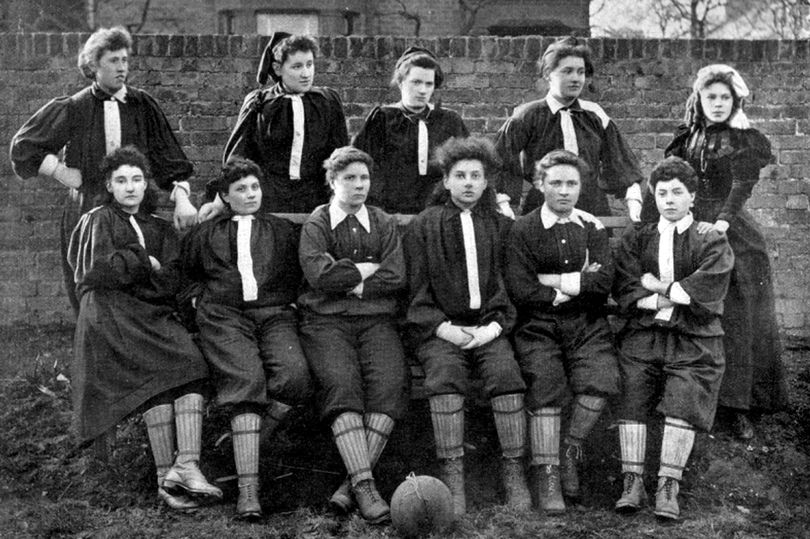 Scotland played a fundamental role in the development of women’s football. Fragmentary evidence suggests that women were playing football as far back as the 16th Century in Scotland. [1]↩ The first international match in the World, was a Scotland women’s international match versus England played in Edinburgh in May 1881.[2]↩ There seems to have been an increase in participation, or at the very least media coverage during the 1880s and 1890s.

Numbers of women playing football increased tremendously during the First World War. Whilst undertaking war work in factories women were encouraged to play football. There are many theories about why women were encouraged to take part in what was considered a ‘man’s game’. One theory is that factory owners and managers wanted to increase women worker’s fitness levels, whilst another is that playing football during their breaks would stop them from causing problems. It is equally possible that the women themselves simply took the opportunity to get involved in a sport which was no doubt familiar to them but in which their active participation was discouraged. Whatever the reason women’s football was popular amongst women in a way that it had never been before and arguably only equaled again in recent years.

This increased participation continued into the interwar period. There is considerable evidence that women played football in the interwar period across Britain. We don’t know exact numbers of women playing football during this period, however there were enough for local teams and even leagues to be formed. Many of these were factory teams which played public matches attracting large crowds in the thousands, raising money for war relief charities. Dick Kerr’s famous women’s factory team played several times in Scotland against local teams and in front of large crowds of spectators during 1920 and 1921.

However, it was these charity matches which have been cited as the game’s downfall. In 1921, the Football Association withdrew all support for women’s football and the subsequent adoption of the policy by the Scottish Football Association ensured that women’s football in Scotland was severely curtailed.[3]↩ The football authorities banned women on the basis that the believed that some of the money from these charity matches was being mis-appropriated. There is no evidence to substantiate these claims. 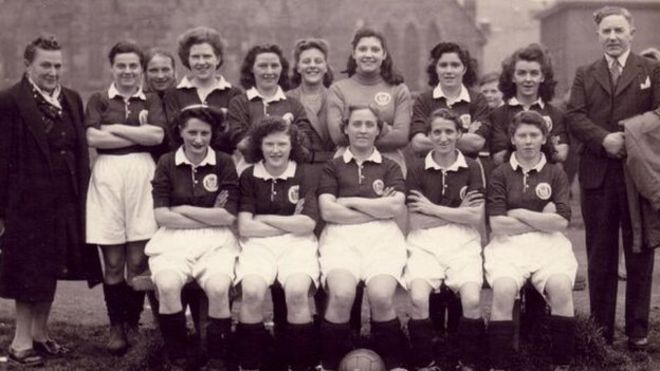 Regardless of the official reasons stated, this step to ban women’s engagement in the game could be seen as a reflection of society’s wider disapproval of women’s playing football. Throughout the interwar period there had been increasing discussions in the press over women’s suitability for the game. Many of the criticisms leveled at women’s early participation in other sports during the nineteenth century were re-asserted in relation to football in this period. It was viewed by some, including members of the medical profession, as too physically demanding, dangerous and unfeminine. This formal ban, representing official disapproval of women’s participation in football, ensured that pressure was put on local clubs to withdraw access to pitches and changing facilities, undermining the ability of many teams to play. McCaig has argued that the problems of access and lack of support, brought about in large part because of these new policies, retarded the development of women’s football in Scotland and it was not until the end of the 1930s that many women’s clubs reformed and sought out non-SFA affiliated pitches to play on.[4]↩

It was not until 1971 that the SFA ban was overturned and the Scottish Women’s Football Association was established. The first international matches since the ban took place in 1972. 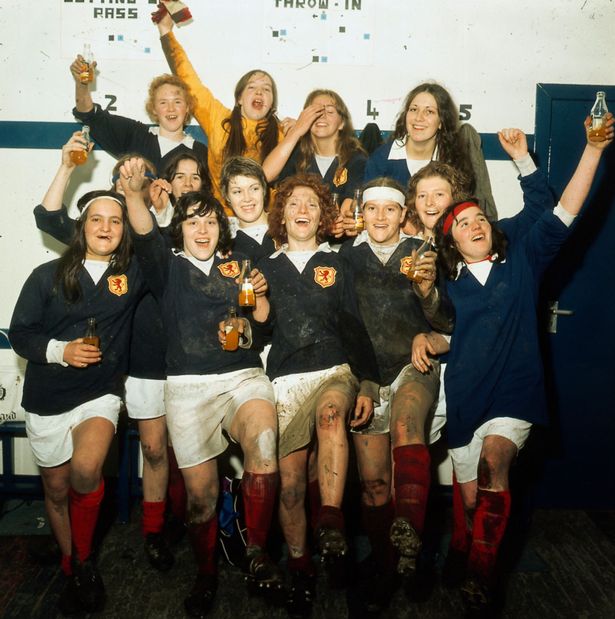 Since the 1970s women’s football in Scotland has continued to grow with Scotland’s women’s national football team qualifying for their first major tournament, Euro 2017.

Women’s football has a long, if relatively under-researched history in Scotland. If you’d like to know a little more why not check out the following links:

For further information why not watch the BBC Alba documentary, Honeyballers

Read more about the roots of Scottish women’s football and the role of Florence Dixie as part of the Dangerous Women Project:

3 thoughts on “The history of women’s football in Scotland”