This month in Glasgow there are two photography exhibitions which are a must see for anyone interested in the Highlands and Islands of Scotland in the 1970s and for those of us who love Lost Glasgow on facebook.

So on Saturday I dragged my wee one along and saw the two exhibits in one day:

First, ‘Scotland’s Far North’ which is currently on at Streetlevel Photoworks and includes the work of three photographers Chick Chalmers, Tom Kidd and Glyn Satterley.

Streetlevel describe the exhibition as follows:

These three bodies of work from the late 1970s provide a unique insight into Scotlandʼs remote landscape, islands and people. Glyn Satterleyʼs series presents a document of life in the neglected area of Caithness and Sutherland at a time when the myth was much banded about that the oil industry brought wealth and prosperity to the whole of Scotland. Chick Chalmers ʻOrkneyʼ project and Tom Kiddʼs ʻShetlandʼ both present fascinating photographic insights of these island archipelago’s at a time of change with the effects of the oil industry on the traditional life of these cultures. Candid and sympathetic, the images show that Scotlandʼs Far North managed to take its place in the modern world without losing too many of the customs and traditions which give these places their special character and ethos. 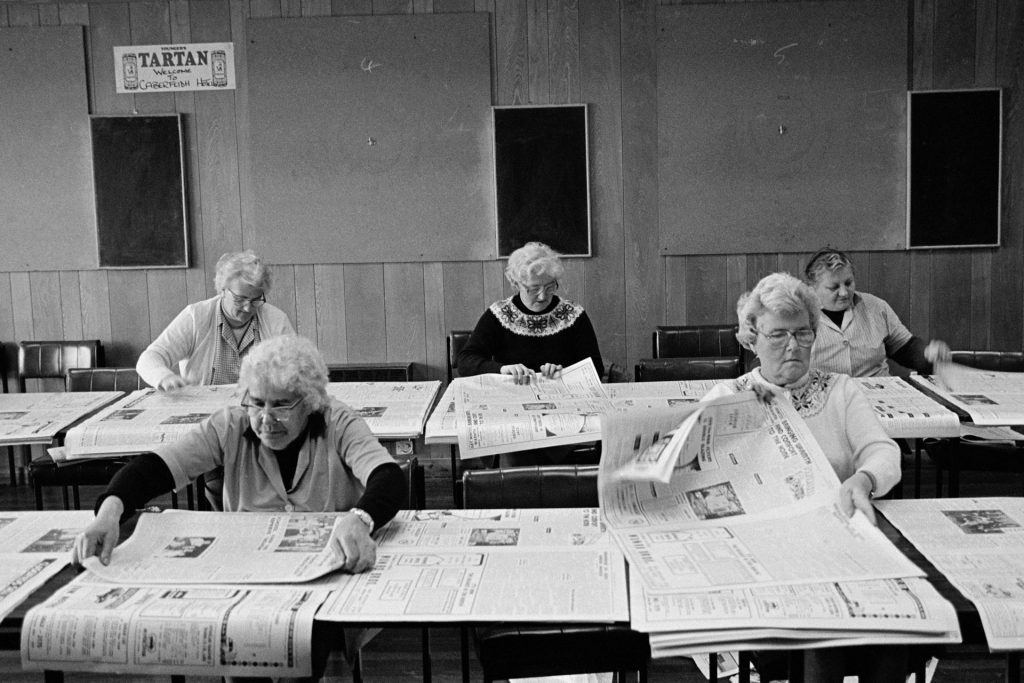 For me this exhibition really challenges the stereotypical images of the Highlands and Islands. Yes there are sheep, fishermen, farmers and scenery, but there is so much more – we see the everyday working lives from women putting together the local paper by hand (above © Glyn Satterley), tattie picking, weaving, men washing windows and arguing in pubs. We also see the annual events such as Stromness Shopping Week fancy dress parade, the yard of ale competition and my favourite the ‘tossing the broom’ competition. I also liked the domestic scenes such as ‘John and Jeanie with pet lamb’ (above © Tom Kidd) or Fay and her son, described as ‘incomers’ on Sanday (below) 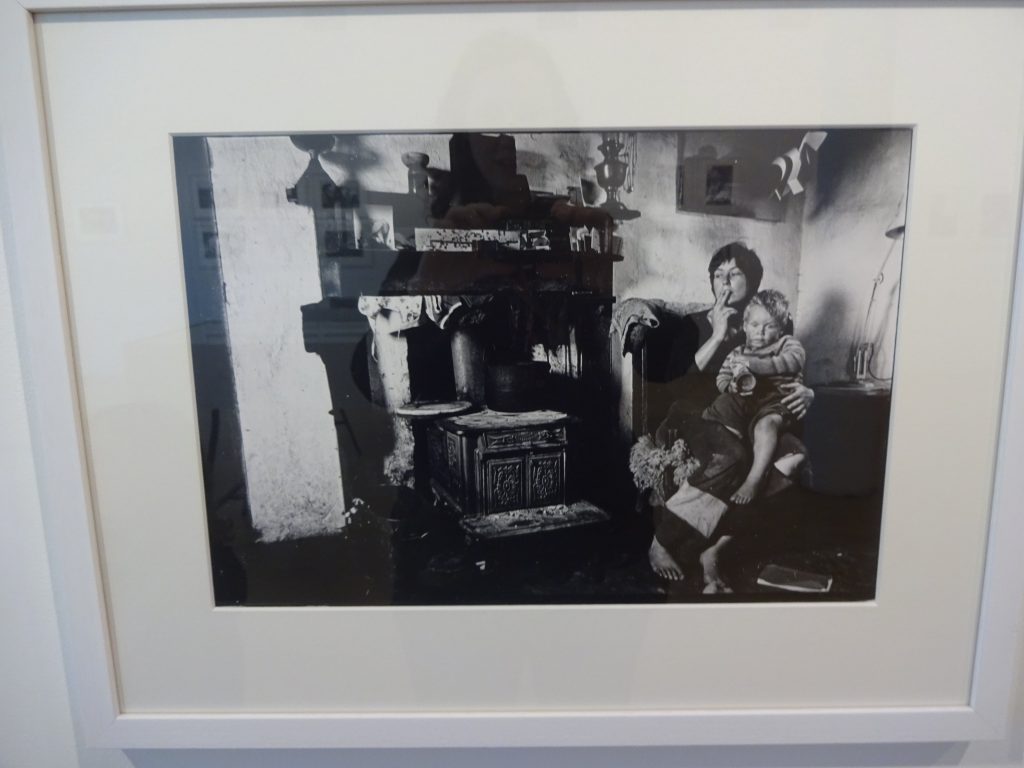 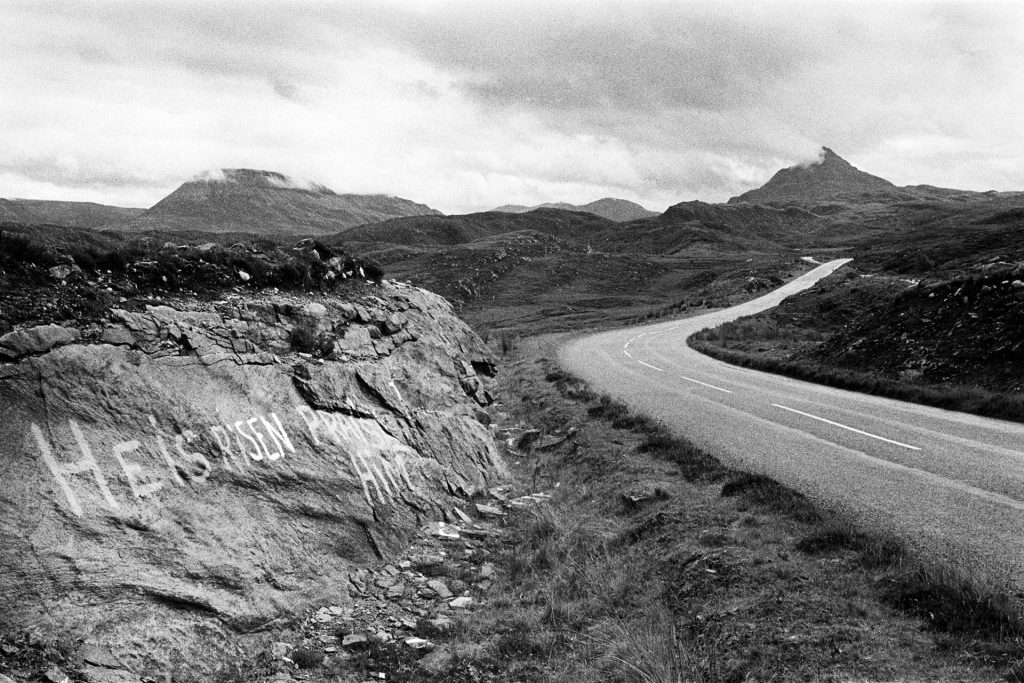 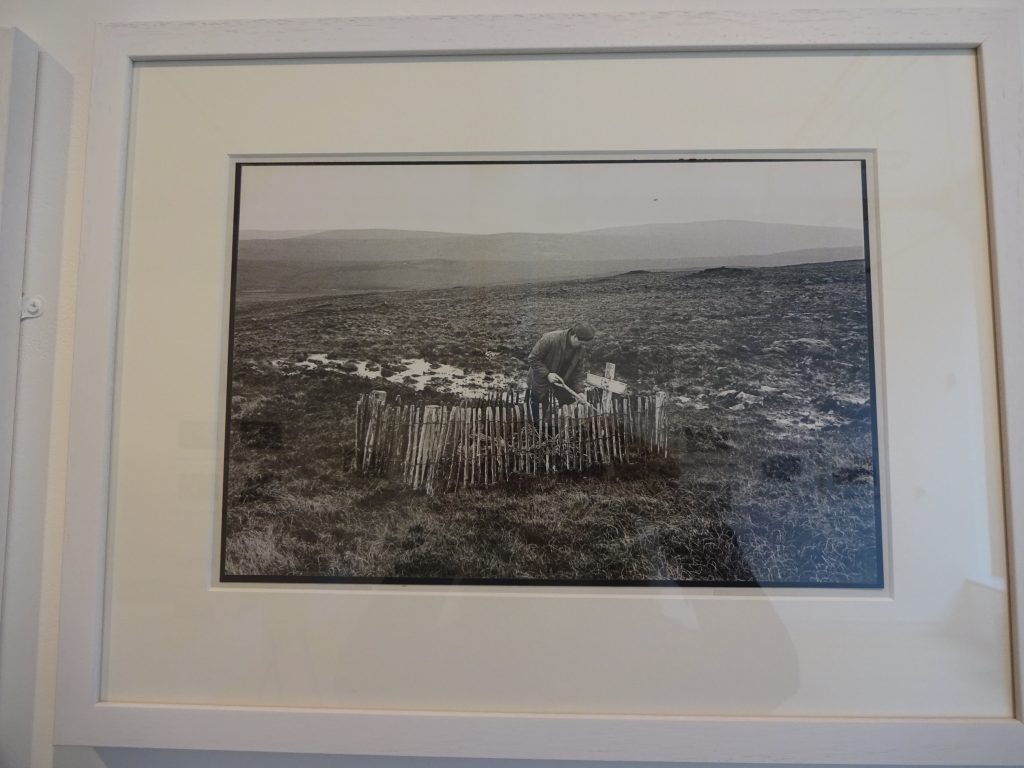 ‘Because she committed suicide, a 24 year old girl was rejected by both parishes on Hoy and consequently buried on the parish border in an out-of-the-way place. The 90 year old grave is attended by a sympathetic visitor’.

I wondered how widespread this practice was. As a historian of the twentieth century I have no idea how taboo suicide was in the nineteenth century in Orkney, though I can imagine. I’ll need to find out.

My daughter Caroline’s favourite was this one: 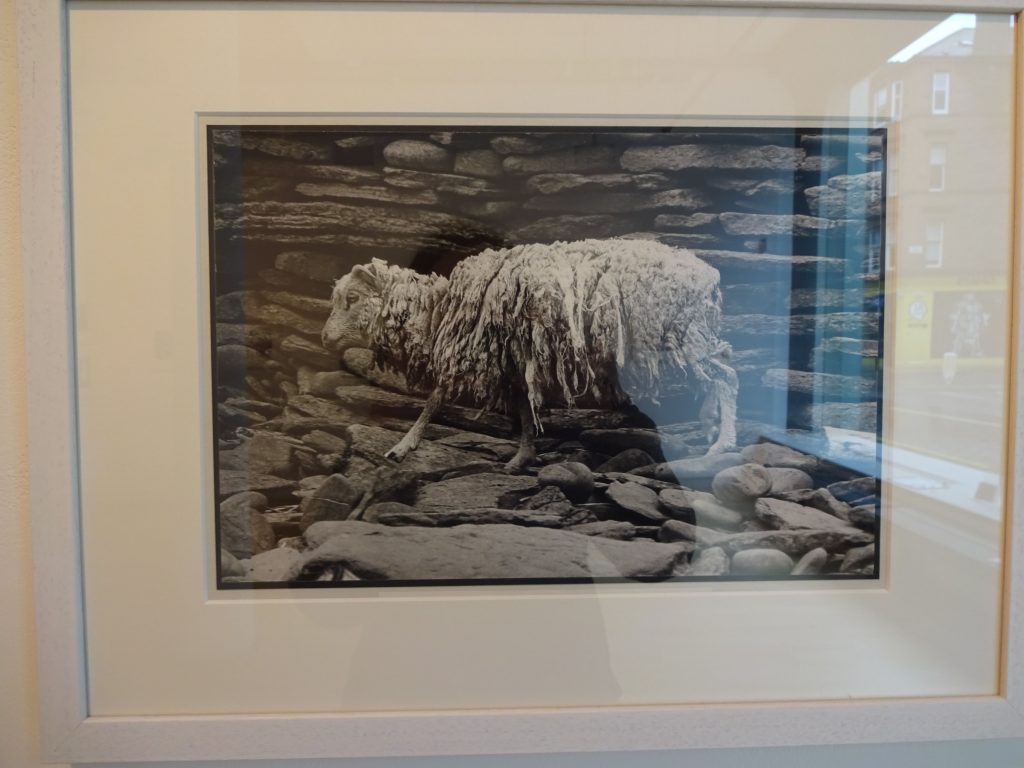 After I’d read the caption to her –  ‘North Ronaldsay has a unique breed of sheep which live outside a dyke built around the island. They eat mainly seaweed’ – she said ‘I’ll call him Ronald, take a photo so I can show Ronald to Dad’. So that cheered me up after the previous image.

Then we went off to see the ‘Lost Glasgow: More than just memories‘ exhibition at the Glasgow City Heritage Trust . Although I’d seen some of the images on the facebook page, the highlight was that you could pick up the pictures of the rails to read the captions. Caroline in particular really loved this, and although it was busy we still had a chance to see all the photos.

Our joint favourite was this one of the wee girls making clothes for their dolls (© Daily Record). 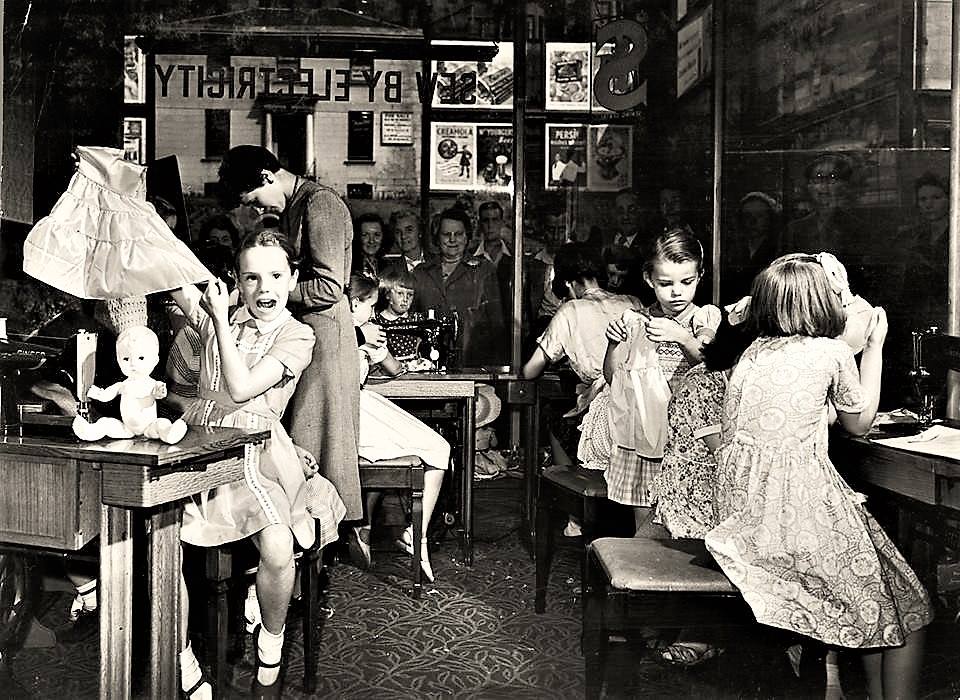 Norrie, who runs Lost Glasgow, was also on hand to have a wee chat. He has been enjoying how many people have recognised relatives and friends in the old photos of the city and all the stories he’s been hearing.

If you’ve not had a chance to visit either exhibition you still have time:

‘Lost Glasgow‘ runs until the 30 August