Earlier this year Women’s History Scotland published ‘The Women’s Suffrage Movement in Scotland 1967-1928: A Learning Resource’, in which we discussed both the campaigns of suffragist and suffragettes demanding the vote for women on the same terms as men.

Ruth Boreham is currently undertaking research into the protests made by women in Scotland in refusing to participate in the 1911 census. Read the following and if you have any information please get in touch with Ruth:

There has been much in the media of late about different ways that the suffragettes and suffragists campaigned for the vote in the run up to partial suffrage in 1918, mainly concentrating on the military action of the Women’s Social and Political Union (WSPU) lead by the Pankhursts. But many more ways were used to strengthen the voice of those who believed that women should be given the vote, and the census that was taken on the 2nd April 1911 was seen as a way of protesting against the government who were still refusing to grant them a vote, despite decades of campaigning. Women were urged to use the government’s own tool, the census, against them by various means, from spoiling papers, refusing to give information, or avoiding their usual abode. 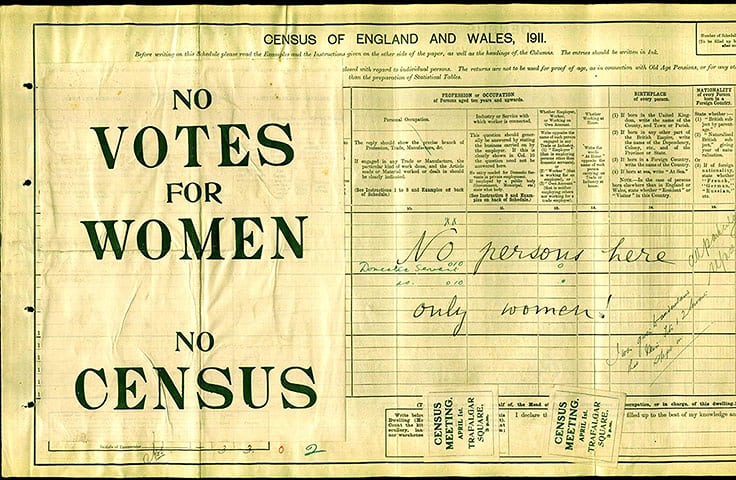 Activist boycotting the census by defacing the form © National Archives 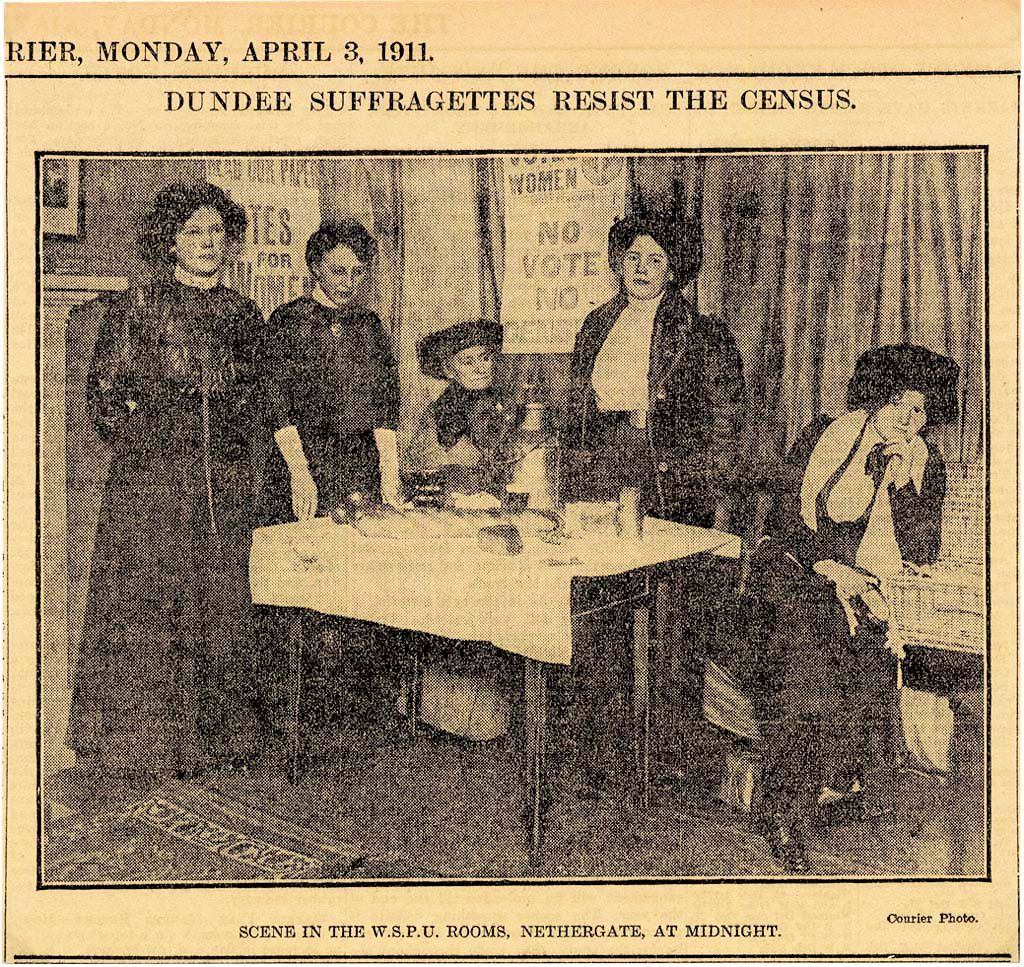 (Image The Dundee Courier, 3 April, 1911 as featued in http://www.leisureandculturedundee.com/localhistory/exhibitions/voteless)

There has been much work done since 2009 on the 1911 census returns in England, but what happened in Scotland? Frustratingly the original returns were destroyed long ago, but I am currently looking at the enumerators returns, and other archival records, including letters and newspapers, to find out how widespread the protest was. There were those who wrote ‘suffragette’ as their occupation, those who came together for the night avoiding their usual place of abode, and those who refused to be recorded. I would love to hear if you have discovered any such records in your own research.

Do get in touch! ruth.boreham@gmail.com

1 thought on “1911 Census Protest in Scotland – Request for information”