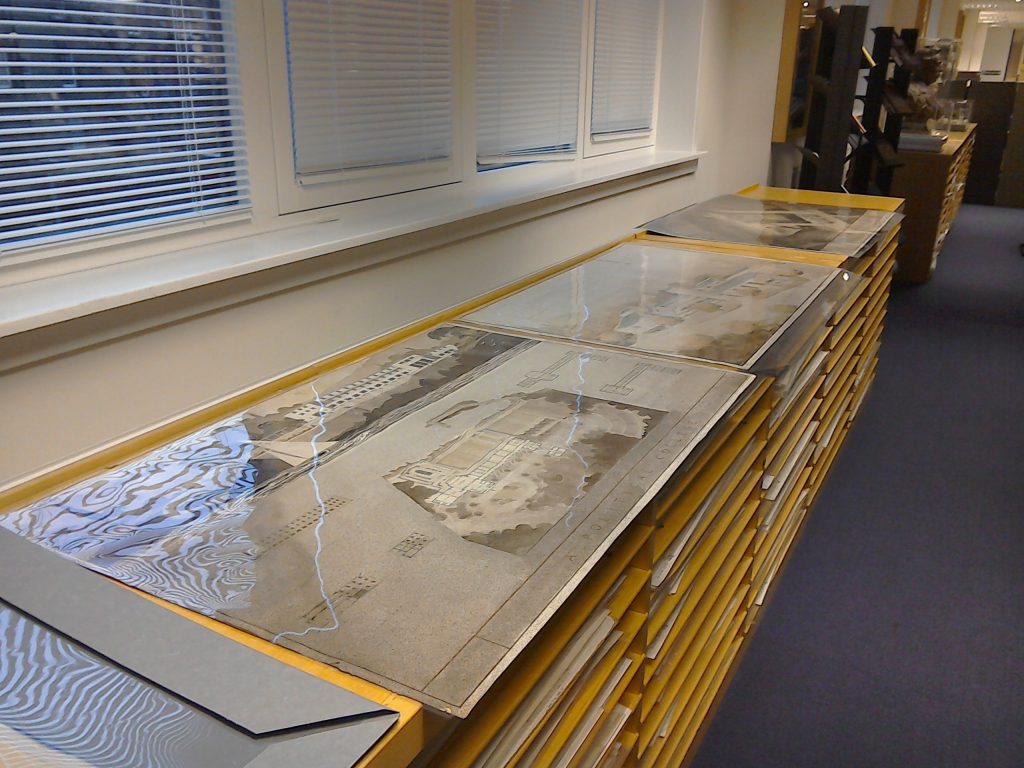 These included Kathleen Anne Veitch (1908-1968), who in 1930 was featured on the front page of the Daily Mirror as one of the women of the year. 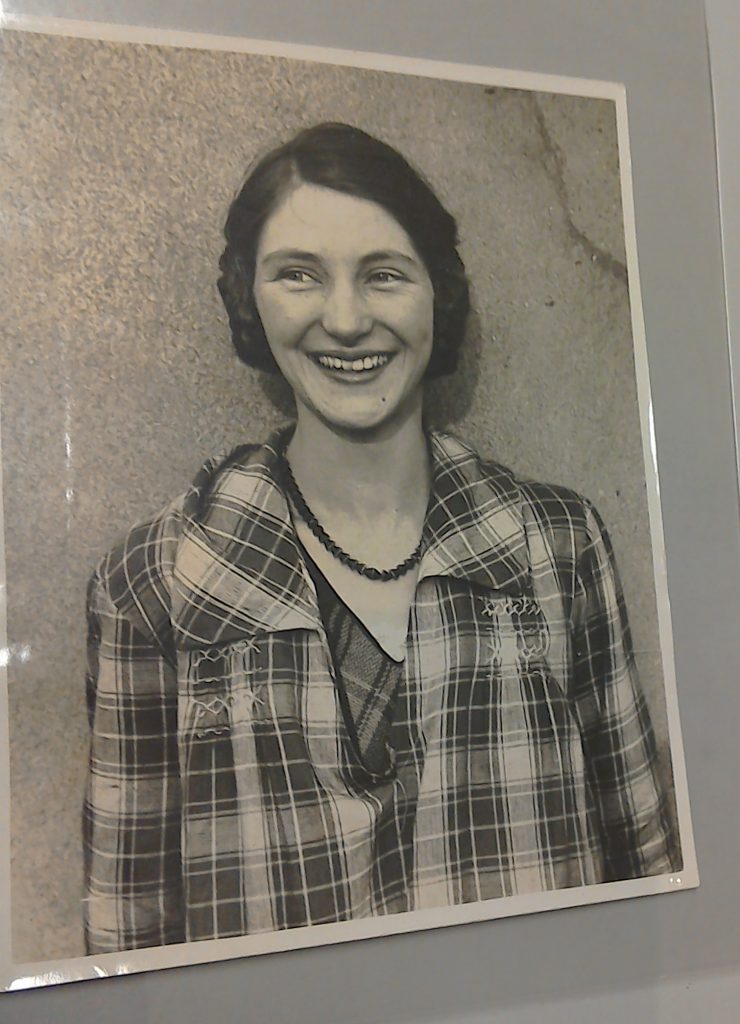 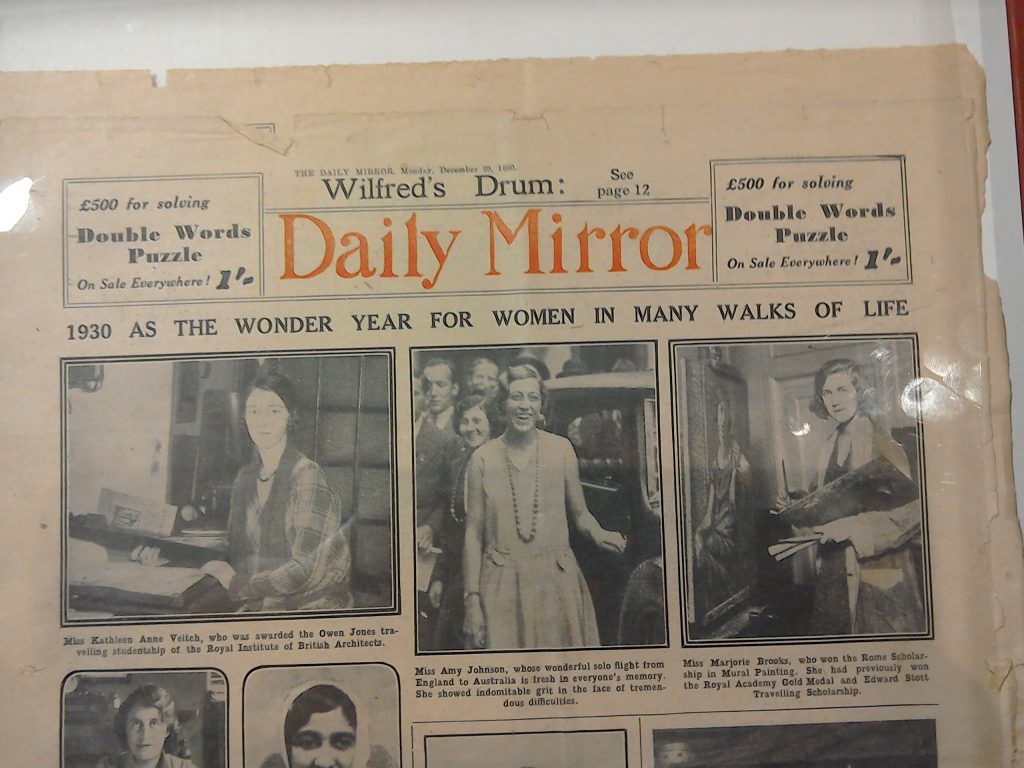 Jean Payton-Reid (1917 -?) produced beautifully coloured architectural sketches, which were a work of art. Her career is well documented up to the point at which, in 1945, she became Scotland’s first female Planning Officer.  HES is keen to find out more about her life thereafter.  https://blog.historicenvironment.scot/2018/03/mystery-jean-payton-reid/ 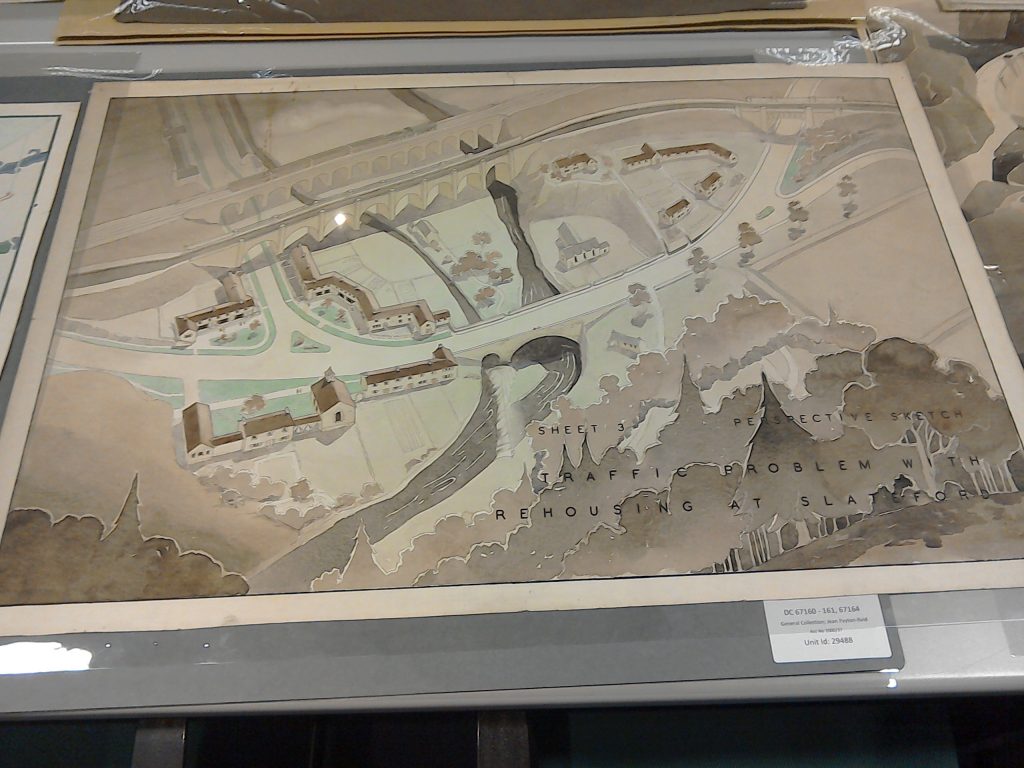 Betty Moira (1910-1990) designed, inter alia, the Ptarmigan restaurant in the Cairngorms, and I was particularly interested in her sketches of this, having been there last year.

The range of materials – sketches, architectural plans, photographs and newscuttings – made for a fascinating exhibition.

There was also a large information panel on Gertude Alice Meredith Williams and the Scottish National War Memorial.

This was my first visit to John Sinclair House, but now that I have an idea of the scope of the archive, it won’t be my last.