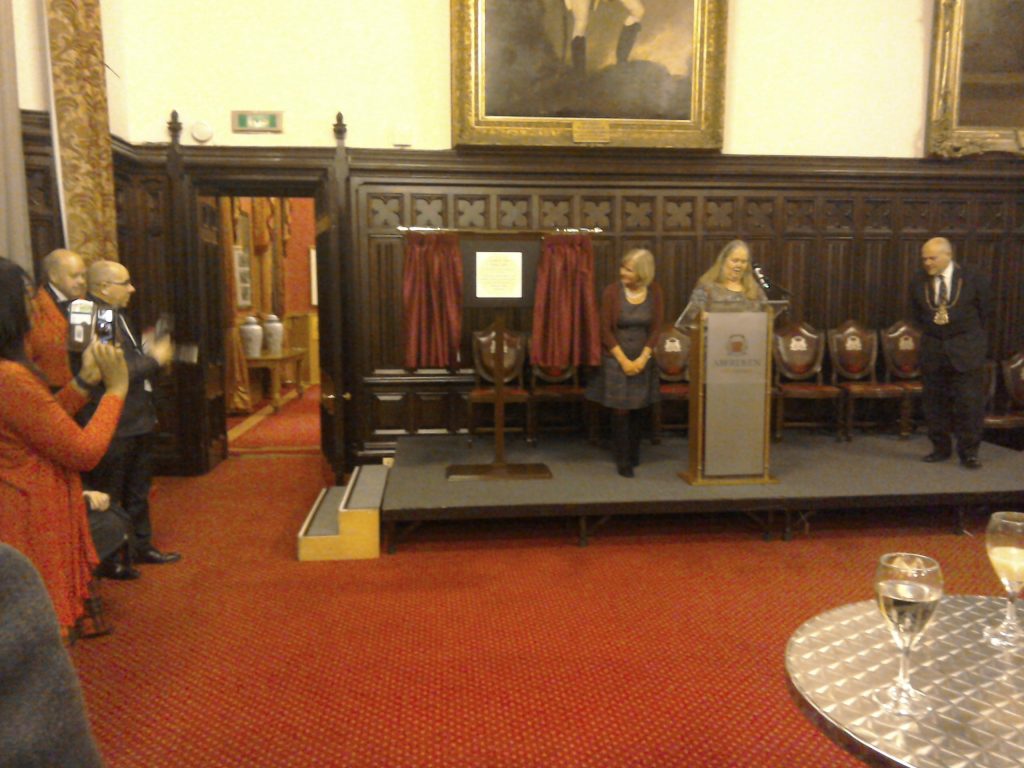 As part of the Rise Up, Quines! Festival,  there was a Civic Reception in Aberdeen’s Town House at which a plaque to suffragette Caroline Phillips was to have been unveiled.  Owing to a delay, a cardboard facsimile was unveiled instead. 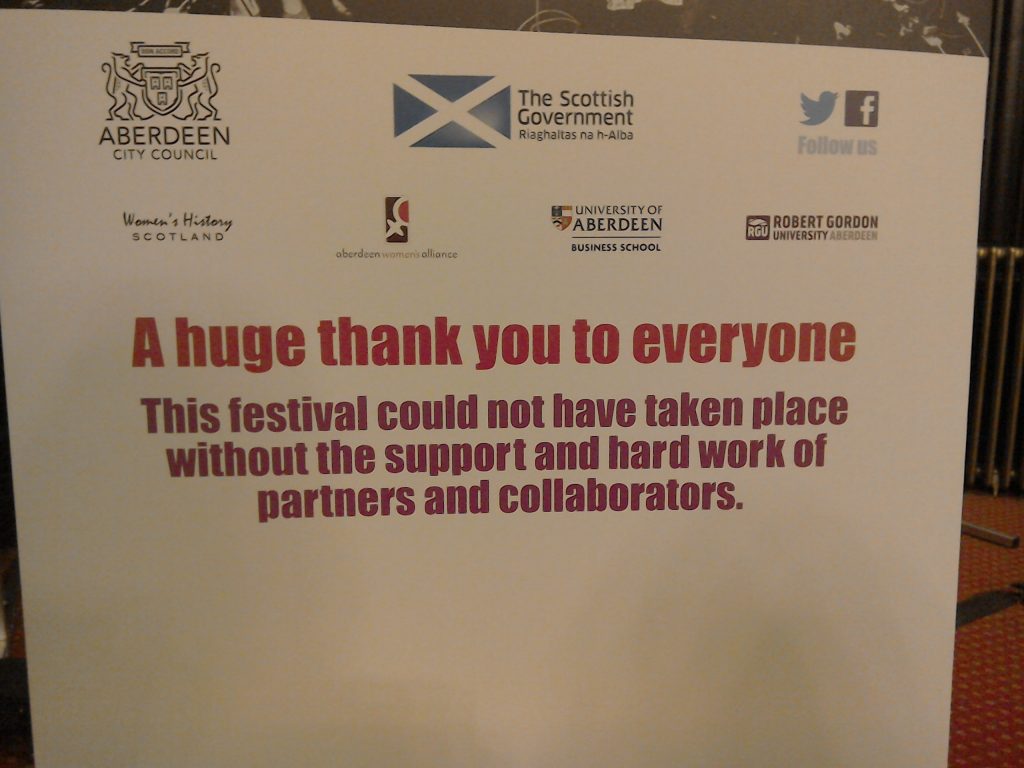 A plaque to Caroline Phillips was first mooted over a decade ago, and Aberdeen City Council confirmed that she met the criteria. Unfortunately, the owners of her childhood home did not want a plaque and the house she lived in as an adult was in an area which was demolished and redeveloped many years ago. The proposal fell into abeyance. It was revived over a year ago and is now to be placed on 41 ½ Union Street, the site of the NUWSS offices in Aberdeen.

In many ways, the delay has been fortuitous because Prof. Sarah Pedersen of the Robert Gordon University has researched Caroline Phillips thoroughly in the intervening years, and received Heritage Lottery funding to publish Caroline Phillips: Aberdeen Suffragette and Journalist in 2017. 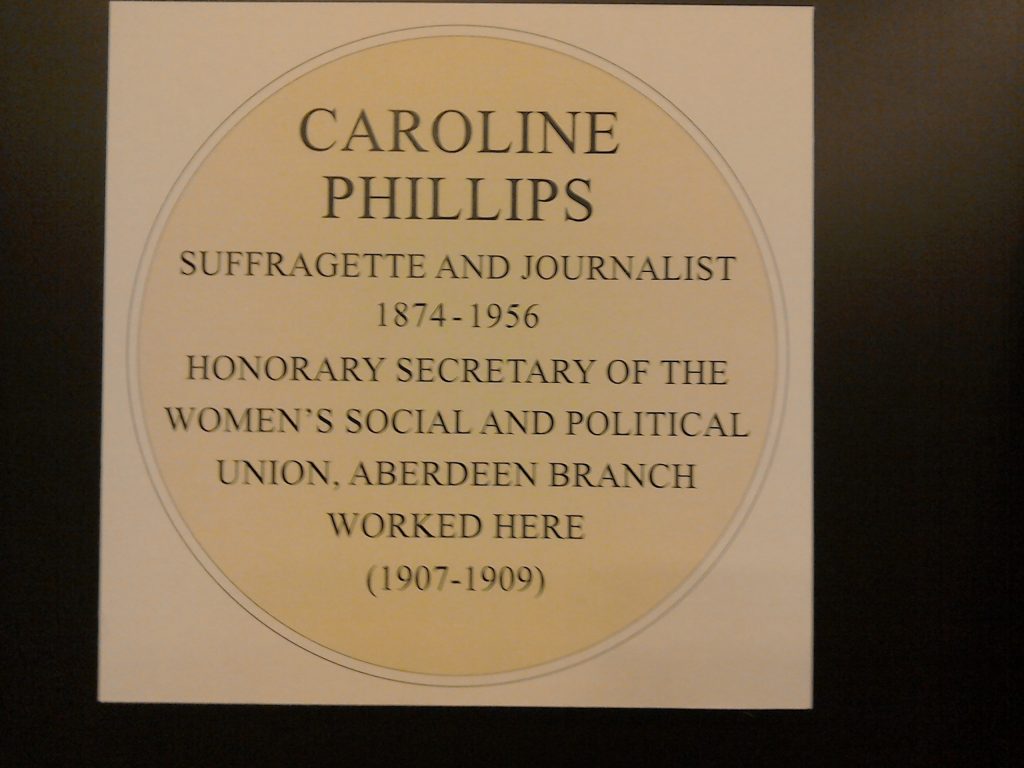 As secretary of the Aberdeen branch of the NUWSS, Caroline corresponded with most of the most prominent suffragettes. Many suffragettes destroyed their letters as a matter of course. Caroline however preserved her correspondence, which now forms the Watt archive. (Caroline’s mother’s maiden name was Watt, and the archive was donated by her niece, Rosemary Watt, hence the name.)

The Civic reception, in the beautiful setting of the Town and County Hall, was opened by a speech by Lord Provost Barney Crockett. This was followed by a speech by Councillor Lesley Dunbar. The “plaque” was unveiled by Heather Spence, who headed the Aberdeen Women’s Alliance  sub-committee which campaigned for the plaque.

Prof Sarah Pedersen then discussed Caroline Phillips, her life and significance within the wider suffrage movement. 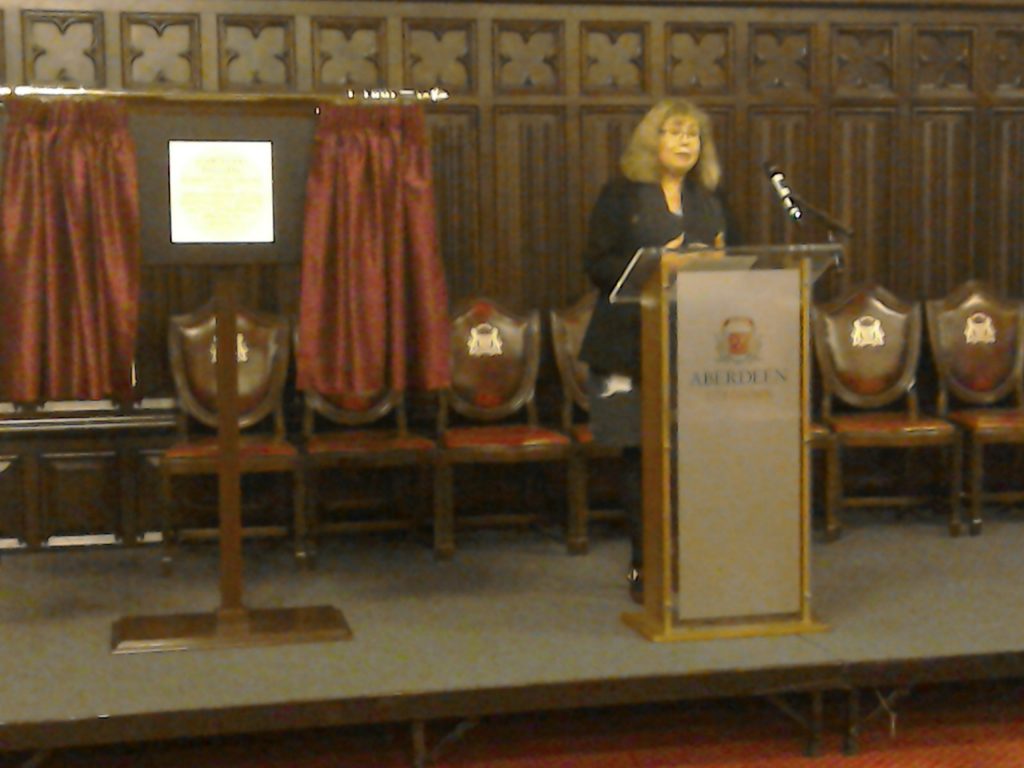 There was an excellent buffet with wine and soft drinks, and a convivial evening was enjoyed by all.

Caroline Phillips, who died in 1956, aged 82, is buried in the kirkyard in Kintore. Every time I vote, I take a wee detour en route to the village hall to visit her grave. I usually drag my children with me and tell them never to take the vote for granted. Caroline was a journalist with Aberdeen Journals and at one point was told that her political activities could cost her her job. She was undeterred. I can’t wait to see the plaque up on Union Street!