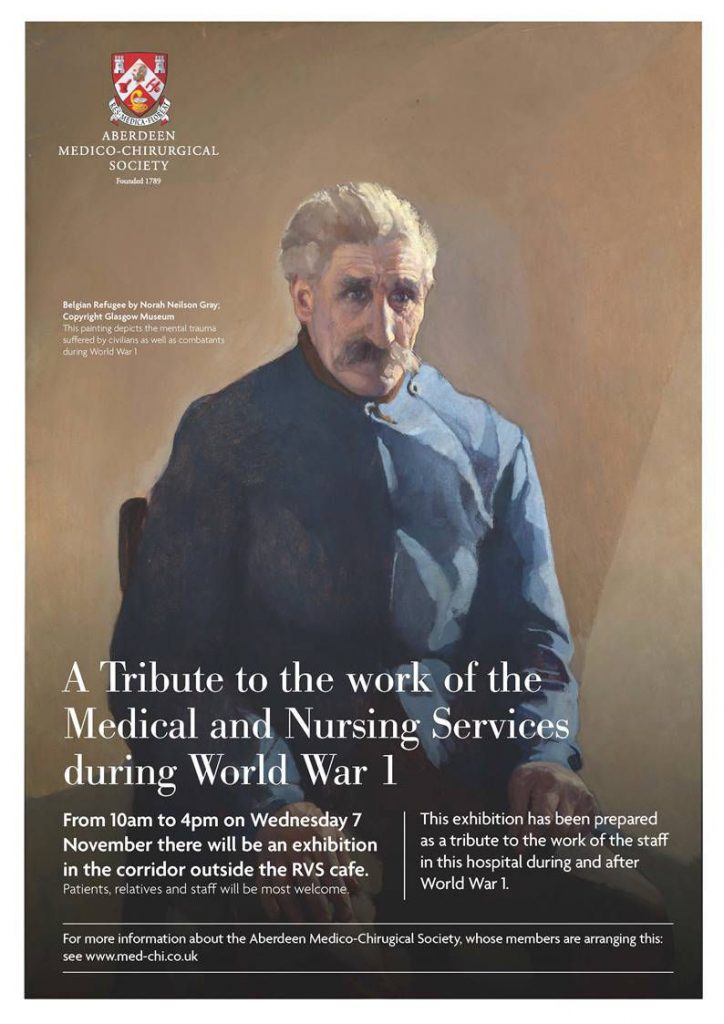 Aberdeen Medico-Chirurgical Society created an exhibition on Medical and Nursing Services during World War One entitled ‘A Tribute to the work of the Medical and Nursing Services during World War 1‘. This exhibition was presented at three locations in November; Woodend Hospital, the Suttie Centre, Foresterhill and at John Lewis. I caught up with it at John Lewis on Saturday 10 November, where it was catching the attention of many passing shoppers.

Although the exhibition did not focus on women’s history, nevertheless the material relating to nursing made this an exhibition I did not want to miss.

Oldmill Hospital Aberdeen (now renamed Woodend Hospital) was, for the duration of the First World War, the First General Scottish Hospital.  Whilst researching the history of the First World War in my home village of Kintore I had come across many references to the work of country women in supporting this hospital. Knitting and sewing groups produced nightshirts and bedjackets by the dozen. Women who kept chickens donated eggs. Other women baked scones or provided other foodstuffs. I had already gleaned an idea of the scale on which wounded men arrived in Aberdeen, and I was keen to find out more.

Nurses at the hospital received additional training in military nursing. 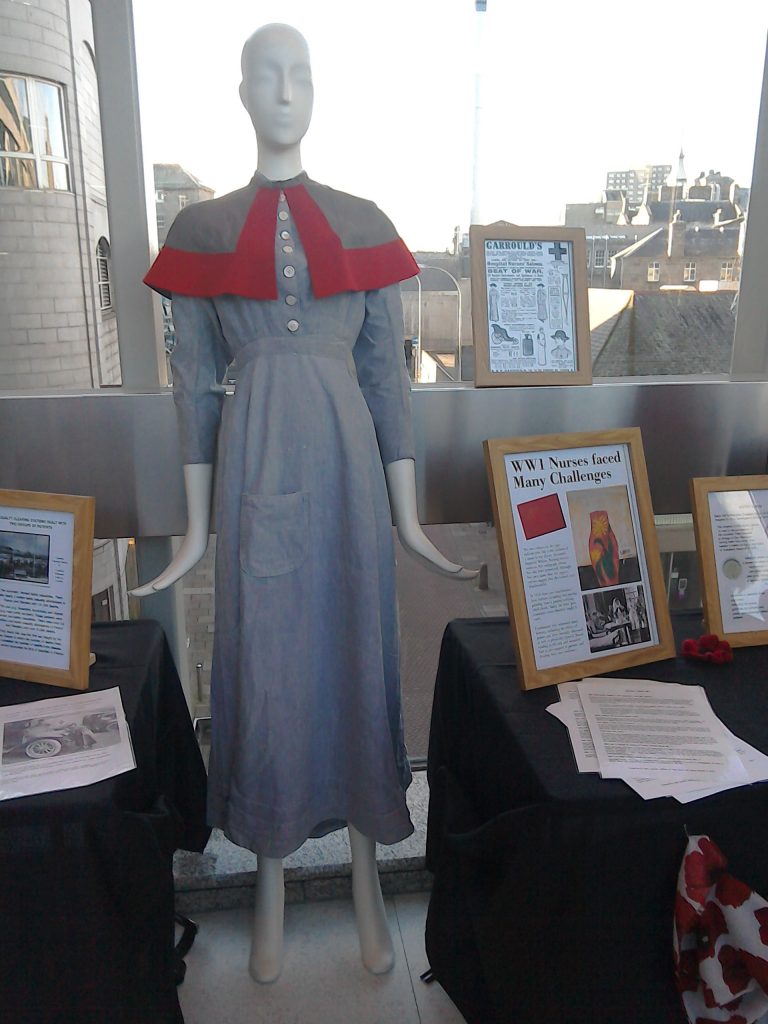 This exhibition included a uniform worn by a nurse in the Queen Alexandra Imperial Military Nursing Service reserves, which was blue, with a red edging round the cape (above). 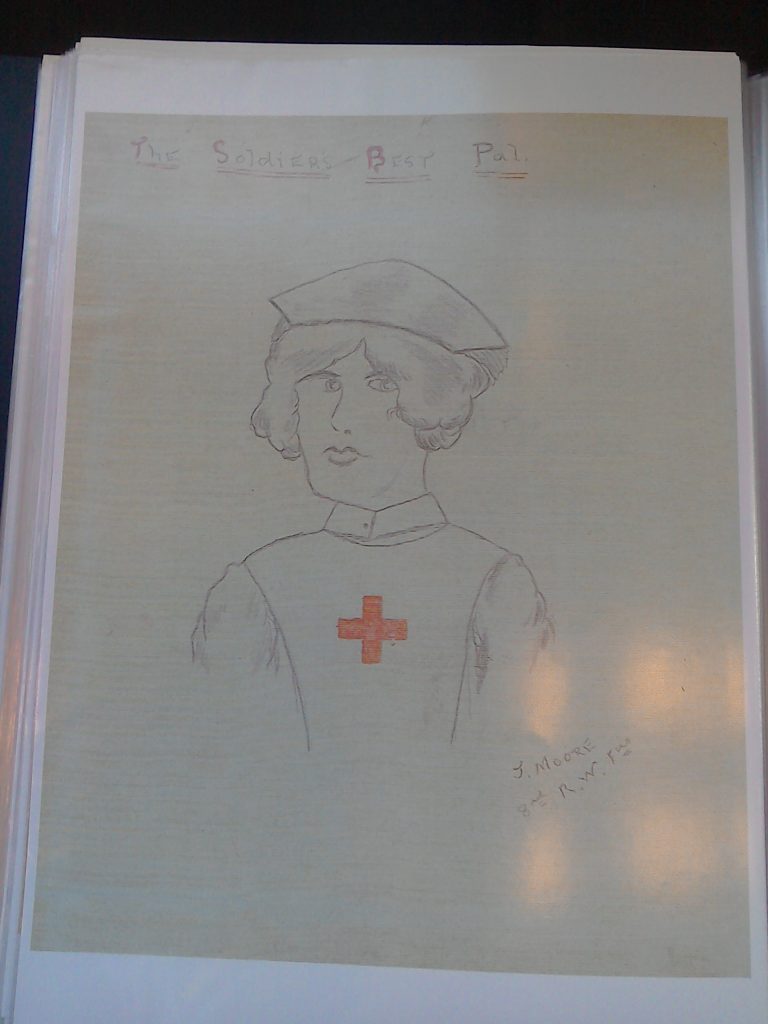 An autograph book owned by one of the patients included a sketch of a nurse “the soldier’s best pal” (image above) and the autographs of several nurses (image below).  When I got home, I picked the most unusual name, Leslie Caroline Lippett, and was delighted to discover that she is easily researched. She was born around 1880, in Malta, where her father was serving in the military. By 1891 the family were in Aberdeen, where she remained. After the war she developed her nursing career further, by qualifying as a midwife. By the time she retired, she was a matron. 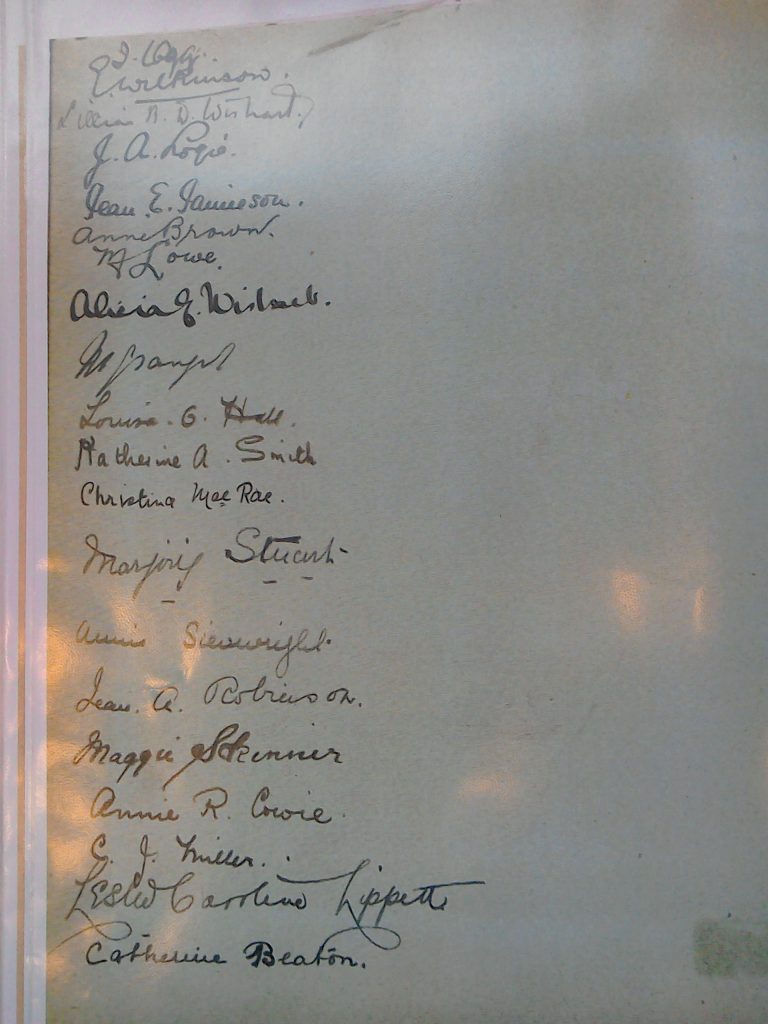 I felt that this exhibition suggested many possibilities for further research.