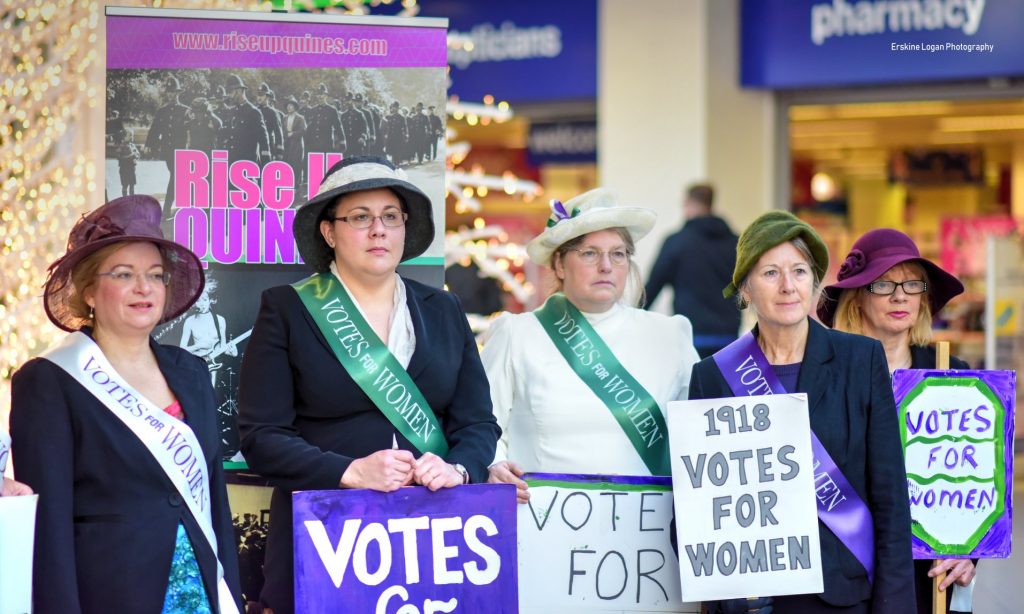 In order to raise awareness of the Rise Up, Quines! Festival in Aberdeen, which started on Monday 12 November, a small flash mob event was planned for Saturday 10 November at the Bon Accord Centre. I volunteered thinking that I would just have to stand around in costume and perhaps do a little cheering.  Originally my daughter had also planned to join in, but the rehearsal times didn’t suit her.

We had two rehearsals. The first was an introduction and run through of the concept.  The second was a dress rehearsal, at which we also made placards. To my total astonishment, when the finished piece was timed, it lasted five minutes. Whilst rehearing it had felt closer to 20 minutes. As only those who attended both rehearsals could take part, we were a select group of thirteen on the day. 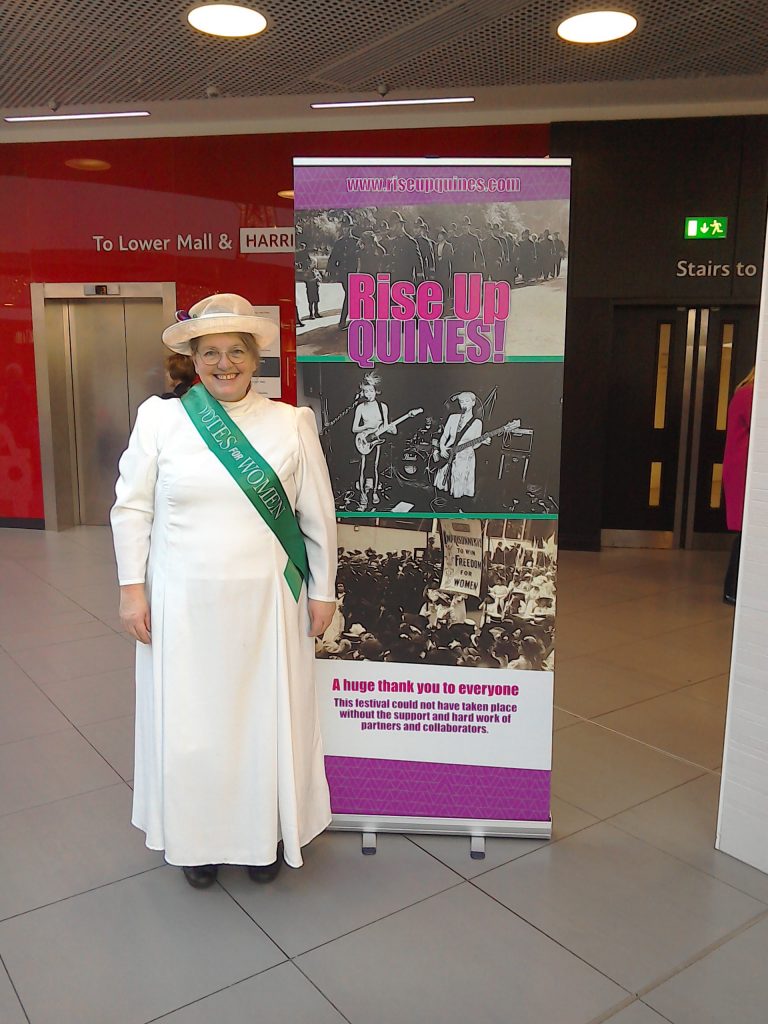 My suffragette costume was the white dress which had been provided by Aberdeen City Council to those of us involved in “March of the Women” at Glasgow Women’s Library in 2015. We marched into the Bon Accord centre with our “Votes for Women” placards held high, shouting slogans such as “Deeds Not Words.” Two narrators took turns to make an appeal for suffrage whilst the other eleven of formed tableaux of events such as force feeding and window-breaking. We then turned our placards round to reveal a present day slogan and marched off in silence.  Several of the women were part of the WASPI (Women Against State Pension Inequality) group and had chosen slogans accordingly. I had chosen “My Body, My Mind, My Choice.” 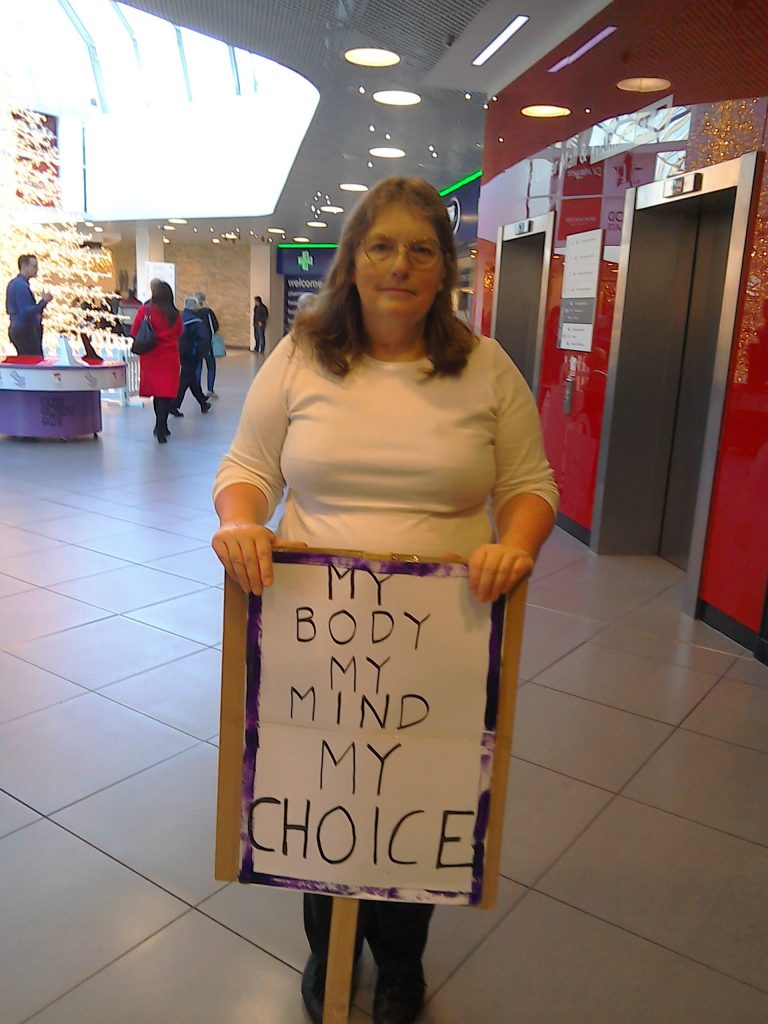 We performed this four times; at 11am, 11.30am, 12.30pm and 1pm. The 12.30pm performance was filmed by STV. We were all nervous during the first performance, but we grew more confident and louder each succeeding time. I was surprised at how warmly we were received.

Programmes for the Rise Up Quines! Festival were distributed after each performance.