In this guest post Lisa Doyle discusses Margaret Skinnider’s first-hand account of her political activism in Ireland during the Easter Rising. 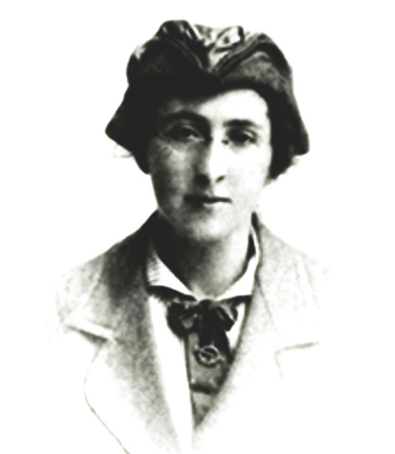 The Easter Rising was a landmark event in Irish history, and the women who took part, although forming a small fraction of the rebels, played an integral role. It is estimated that one hundred women, out of a rough total of two thousand insurgents, were involved in the rebellion, one of whom was Margaret Skinnider Born and raised in Scotland, in 1917 she published a first-hand account of her participation in the rising entitled Doing My Bit for Ireland. Not only does this book give extraordinary insight into the events of the rebellion, but into the perspective of the female combatants as well. By touching on issues of gender roles and female political agency, as well as offering some explanation for her involvement in the rising, Skinnider’s account provides us with a few interesting points for discussion.

Despite the unique role of women in the Easter Rising, it is no coincidence that women took part as the Proclamation of the Irish Republic, the document which instigated the rebellion, mentions men and women on equal terms, including both genders in its vision for the country. Before the rising, however, Skinnider became a teacher, a suffragette, and a member of the Cumann na mBan and Irish Volunteers divisions in Glasgow. She would later be awarded an Irish Cross for bravery by those organisations. It is difficult to ascertain how Skinnider’s commitment to the Irish cause developed to the point of physical force nationalism, but it most certainly originated in her regular trips to Co. Monaghan as a child, as both of her parents were born in Ireland. Even in childhood she displayed acute awareness of the English presence in Ireland, referring to the houses of the ‘Planter people’ which she would so often see. In addition, at age twelve she read a book which detailed the Irish history of Ireland, only to return to Scotland to be taught the Anglicised histories in school. Skinnider makes her frustration at this one-sided history abundantly clear, stating that ‘those who conquer usually write the history of the conquest’, giving us some indication of the root of her Irish nationalism. This is bolstered by one of the most recognisable quotes from her account, ‘Scotland is my home, but Ireland is my country’. 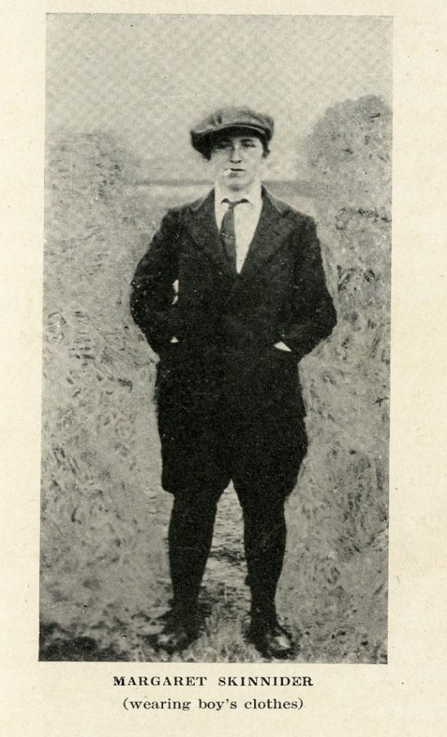 There are many anecdotes in Skinnider’s account which illustrate, what Weihman (2004: 231) calls, a ‘careful manipulation of gender expectations’. For example, when charged with creating a plan of the Beggars Bush barracks in Dublin, Skinnider used her gender to succeed in doing something two of her male compatriots had not done. In letting her handkerchief ‘accidentally’ fall over the wall, and allowing a young man to ‘gallantly’ return it to her, Skinnider was then able to surmise that there was a powder magazine on site. In comparison, Skinnider also subverted her gender by dressing as a boy on patrol for the Irish Volunteers. The significance of this utilisation and manipulation of gender norms is perhaps enhanced by her interactions with Countess Markievicz, as she very much became the protégé of this infamous female rebel. Indeed, Weihman (2004:238) claims her devotion to Markievicz bordered on the romantic. Such notions are encouraged by the fact that she is buried next to the Countess in Glasnevin Cemetery, which adds to the poignancy of an episode in her book in which Markievicz gives Skinnider a tour of that very location.

It is interesting to note that Markievicz, like Skinnider, had come to the cause of Irish nationalism from quite a non-traditional route as she was descended from the English nobility in Ireland. Moreover, as you read Skinnider’s account of Easter week and learn of her roles carrying dispatches, as a sniper, and of her subsequent injury, it is easy to forget she was not born and raised in Ireland especially as her political ideology never waivers. She consistently aligns herself with the interests of the Irish people, using terminology like ‘our cause’, and paraphrasing a popular Republican slogan when she writes ‘an English war is always the signal for an Irish rising’. Such a strong political stance highlights the irony of some of the anecdotes Skinnider shares with us. For example, we learn that she was taught how to shoot a rifle at a British club aimed at women who could help defend the Empire. These skills, of course, would then be utilised against the British Empire, which she claims is the cause for all of the ‘grievances’ in Ireland.

In spite of her persistent political stance, we are reminded of Skinnider’s background at one of the most interesting episodes in this book, which takes places at the female ward during her hospital stay. ‘Your opinions and your accent don’t go together’, as one nurse remarks to her. An interesting aspect of this episode is the varying political attitudes and allegiances of the women there, many of whom disagreed with the rebellion and, although shocked by the executions of the leaders, were reluctant to believe stories about the violent behaviour of the British soldiers. However, when she was arrested in hospital, Skinnider claims these women were confronted head-on with the Irish question. Finally, not only does Skinnider give us insight into how the public received and reacted to the news of the executions, ‘All my reports were of death; nothing but death’, she also offers us her thoughts on how the rising should be perceived and remembered. This is significant, of course, as it was not the rising itself, but the public response to it, which would change the course of Irish history.

The last words of this book are poignant ones. Skinnider returned to Dublin towards the end of 1916 and noted, ‘The bitterness had increased’.