On Thursday, 8 November I attended the unveiling of a plaque to Egyptologist Nora Griffith (1870-1937). Aberdeen Women’s Alliance have been working towards increasing the number of plaques to women in Aberdeen. This is the fourth successful application, with more in the pipeline.

The University of Aberdeen Library are currently hosting an exhibition on Ta -Kheru, an Ancient Egyptian woman whose mummified remains have been in the University of Aberdeen’s museum collection since the C18th.  MRI scanning has given new insights into the life to Ta-Kheru.  I spent some time in this exhibition (which is open until 11 December and is free of charge) before heading downstairs  for the unveiling. 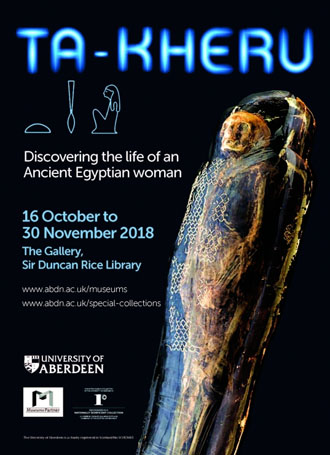 Dr Rebecca Crozier gave a fascinating, if somewhat gruesome, illustrated talk on “Pyres, Jars and Hanging Coffins; the archaeology of death.”  She gave examples from around the world and discussed her own research.

This was followed by a talk on the life and significance of Nora Griffith, by Aberdeen Women’s Alliance member Amy Thomson.  Amy then unveiled the plaque. 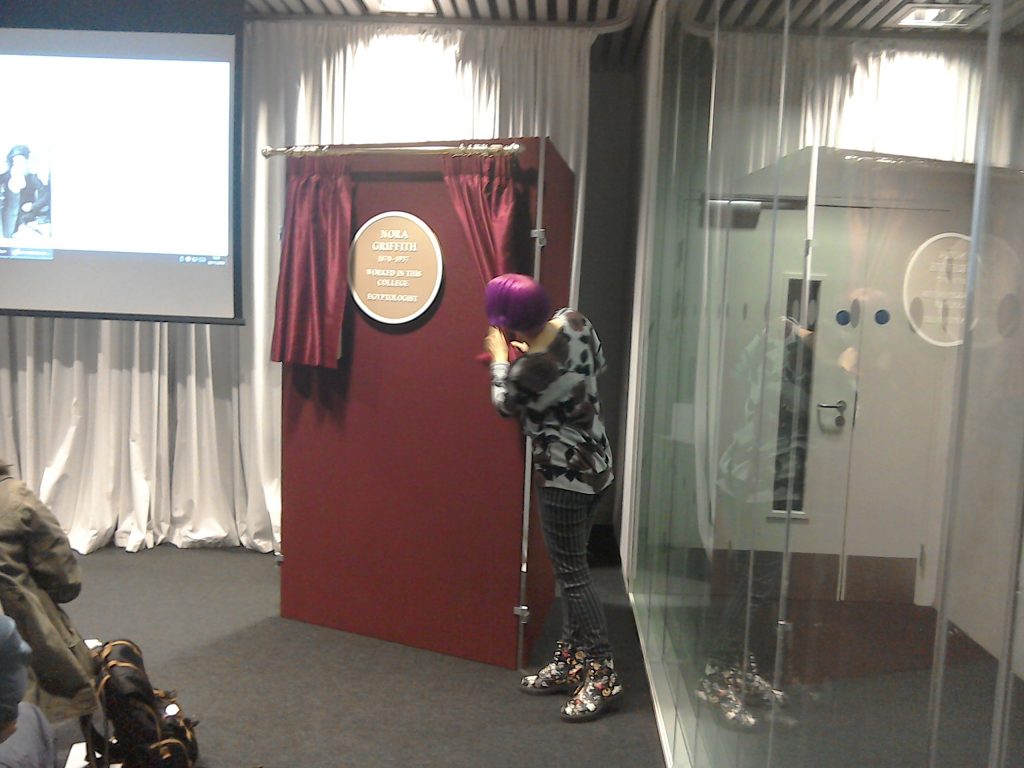 Amy unveiling the plaque ©A. McCall 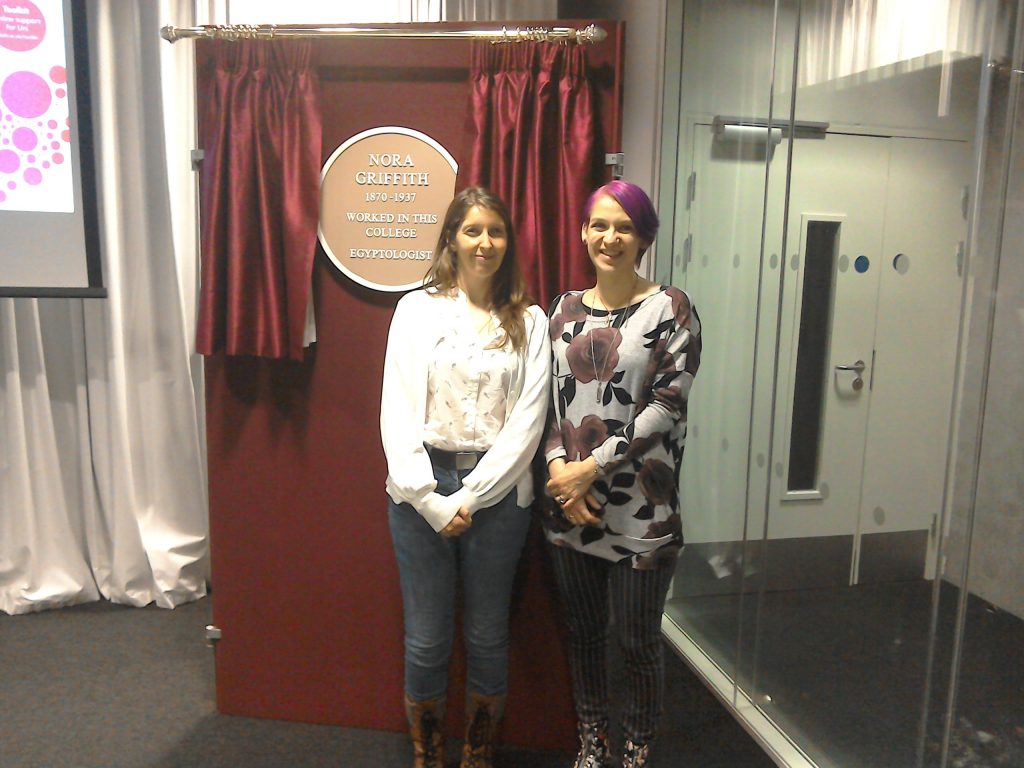 Tea, coffee and a splendid array of sandwiches were laid on, which gave the attendees a chance to chat.  Fortunately, Dr Crozier’s illustrations weren’t enough to put me off my food!

The plaque will be added to the Mapping Memorials website once it has been moved to its permanent location in Kings College Quad, where Nora worked as a conservator.  Nora is included in the New Biographical Dictionary of Scottish Women as a co-subject in the entry on Annie Quibell.