So last weekend was busy! Out Gallivanting again on Sunday (3 September). This time just a short train journey to Glasgow to see the Glasgow School of Art Graduate Degree Show.

I’ve been fortunate over the last few months to meet Anna Tüdos and Gina Lundy both studying for Masters degrees at Glasgow School of Art. Their respective work is thought provoking and crucially focuses on women, their experiences and history. Both have created and curated works that are visually striking too.

Anna has been studying for a MLitt in Curatorial Practice with an emphasis on Contemporary Art and she is particularly interested in exploring hidden histories and under represented issues often through unconventional ways of mediating art. I first met Anna when she was working with Kinning Park Complex to mark the 21st anniversary of the sit-in which saved the then community centre from closure. Anna curated a series of events entitled ‘March On:  A celebration of the power of collective voice‘ which included a parade with specially commissioned banners by Greer Pester influenced by the area’s history and specifically drawing on a talk given by Sue Rawcliffe, a PhD researcher at the University of Strathclyde on the Kinning Park Cooperative Women’s Guild (the first in Scotland and prominent in the Rent Strike of 1915). Women continued to be prominent in community protest in the area including the sit-in of 1996. Anastasia Rice‘s ‘All Welcome’ banner, created for the sit-in, and featuring the work of 25 women, was installed as part of Anna’s week long exhibition. Gorbals and Laurieston Cooperative Women’s Guild Branch banner also featured for one day only on the 16th of July, generously supported by Fiona Hughes social history curator and Helen Hughes textiles conservator from Glasgow Life.

For the degree show Anna has installed Greer’s banner along with a video of the parade (produced by Jarvis Gray Films). 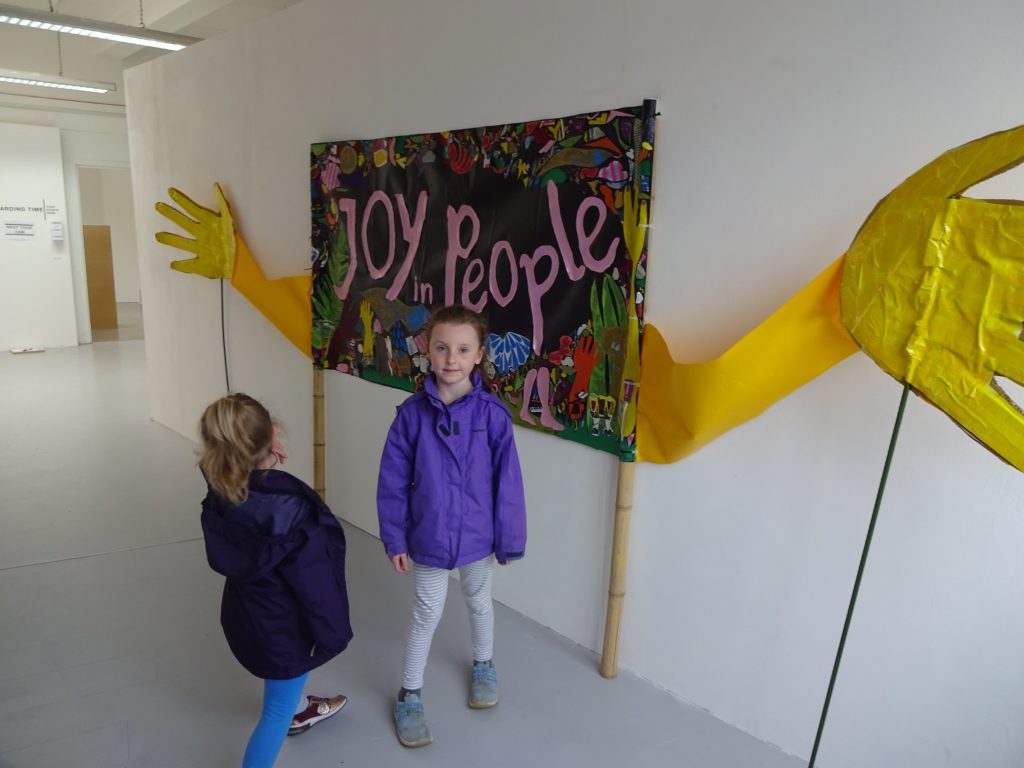 Both give a real sense of the energy of the people who use Kinning Park Complex, of the community that has been maintained as a result of collective action and of the importance of the area’s history in shaping current projects. While I missed the parade back in July, having attended other events at the Complex, I think Anna has really captured the spirit of the area and it’s history in her curatorial work. The girls liked it too, especially the end of the film when everybody cheered and the fact that that they could bring home a free poster. 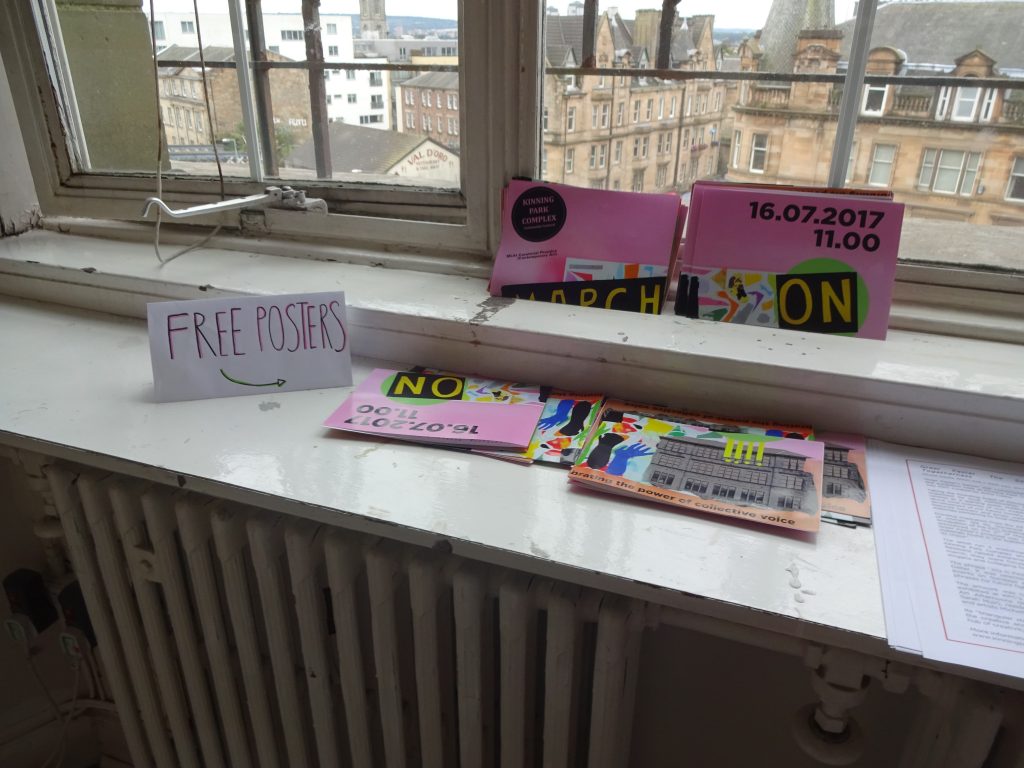 I met Gina only over a week ago at the Q&A for Dispossession at the Glasgow Film Theatre, in which her work features prominently. Gina is a (Glasgow based) photographer who has been creating work around social housing in London since 2010. Since moving to Glasgow two years ago she’s been creating research into women’s voices within the current housing crisis through interviews with resident campaigners and protest groups. She’s also been studying for a MRes in Creative Practices. Gina is particularly interested in the disproportionate impact of austerity cuts on women. 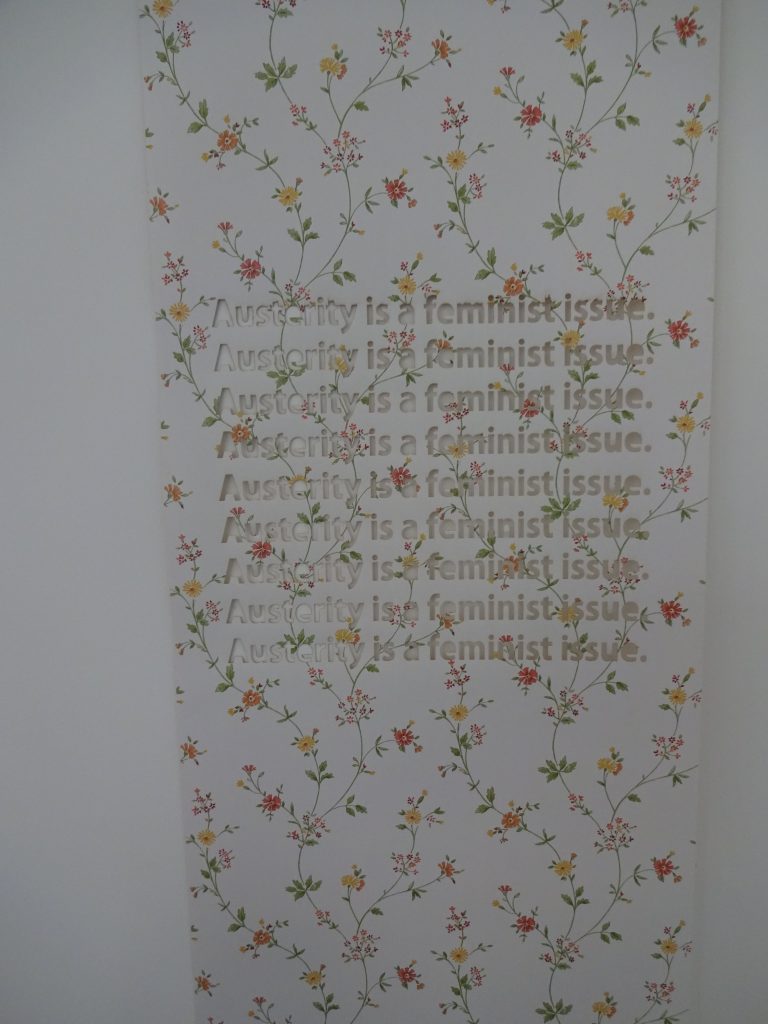 Gina’s work draws upon women’s personal histories and their activism when their homes, neighbourhoods and communities are under threat. There are many parallels to be drawn with similar action taken by women in the past, again the 1915 rent strike comes to mind, as does the campaigns against dampness in council housing in the 1970s, the poll tax in the early 1990s and more recently the bedroom tax. Grassroots campaigns by women are everywhere in our history when we think of threatened school closures; funding cuts to public services such as libraries and maternity units; and demands for improved housing conditons. 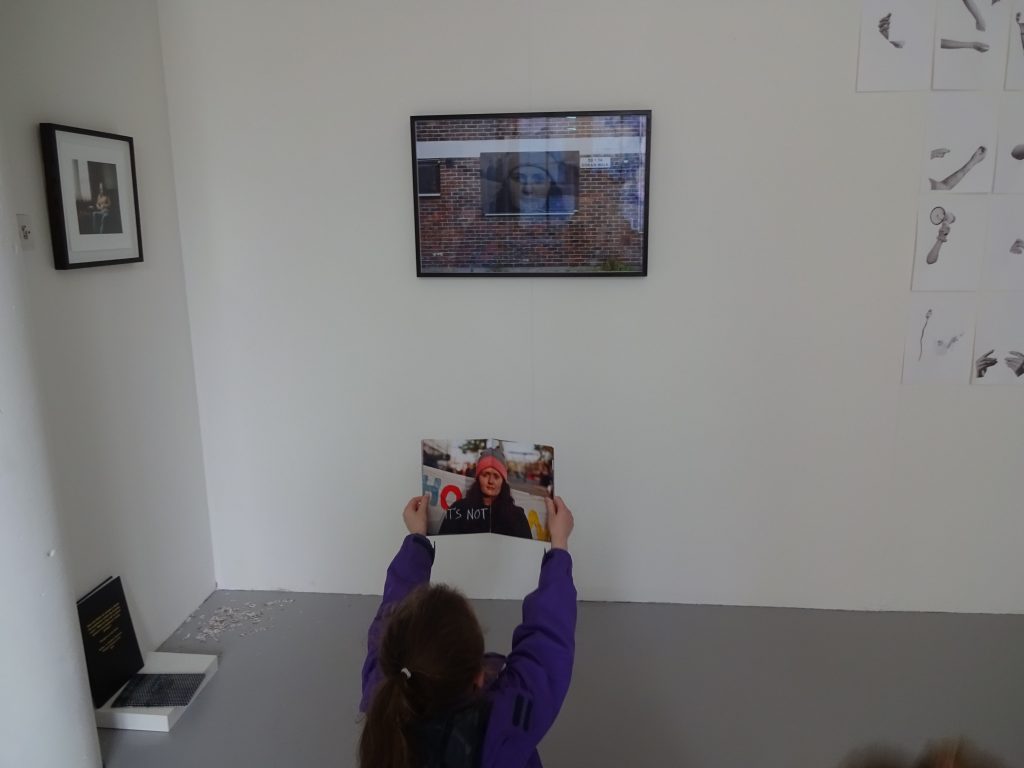 Gina uses women’s own words in her work, we are hearing their thoughts and feelings and this is very powerful. Similarly many of the women who were photographed for the project are ‘hidden’ in images only to be revealed from another angle, symbolic of the way in which women’s voices can be marginalised in debates around housing redevelopment at a national level. Yet through Gina’s work we see them and hear their voices.

We were all very impressed by Gina’s work.