In 1886 a ‘Hall of Heroes’ was added to the Wallace Monument to acknowledge the achievement of famous Scotsmen who had secured their place in Scottish History. The first two busts to be added were Robert Burns and Robert the Bruce. Over the next twenty years a further 14 busts were added – all men.

The current ‘Hall of Heroes’ © www.thewallacemonument.com

This year the Monument will be adding the first female figurehead to recognise the achievements and successes of famous Scottish women and to illustrate the roles which ‘so many women have played in the story of Scotland’.

Our own Alison McCall, Convenor of WHS, served on the selection panel which has shortlisted fourteen women who have all in their own way ‘made an outstanding contribution to the lives of countless men, women and children, in Scotland, and in countries around the world’ and ‘whose lives reflect the spirit of William Wallace’ 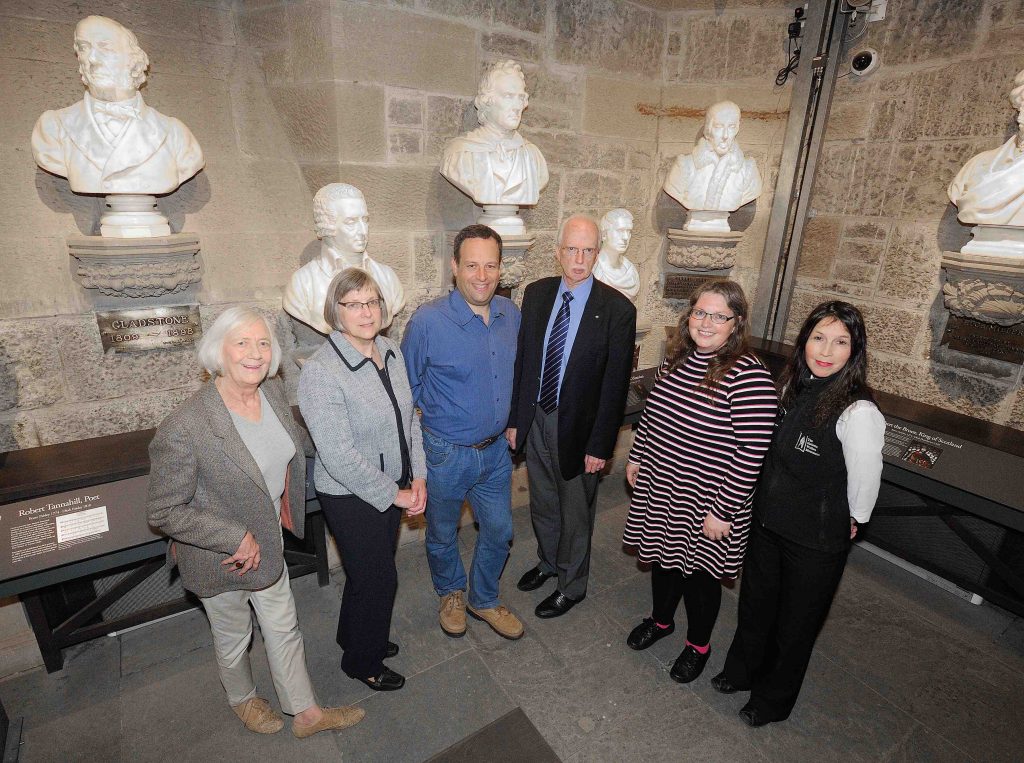 The shortlist is as follows:

As the Wallace Monument website states ‘they have all earned the right to be recognised as Scotland’s Heroines’.

You can find out more and place your vote at:

Who will you vote for and why?