Another month, another excellent photographic exhibition in Glasgow.

A couple of weeks ago I was in Glasgow city centre and thought I’d pop in to see Larry Herman’s ‘Clydeside 1974-76‘ at Street Level Photoworks. I’d seen this photograph of children on the roundabout by Red Road high flats and thought I’d see if there any more images of high rise (I’m currently working on a project entitled ‘Housing, Everyday Life and Wellbeing over the long term: Glasgow 1950-75‘ which considers people’s experiences of living in high rise flats in the city). 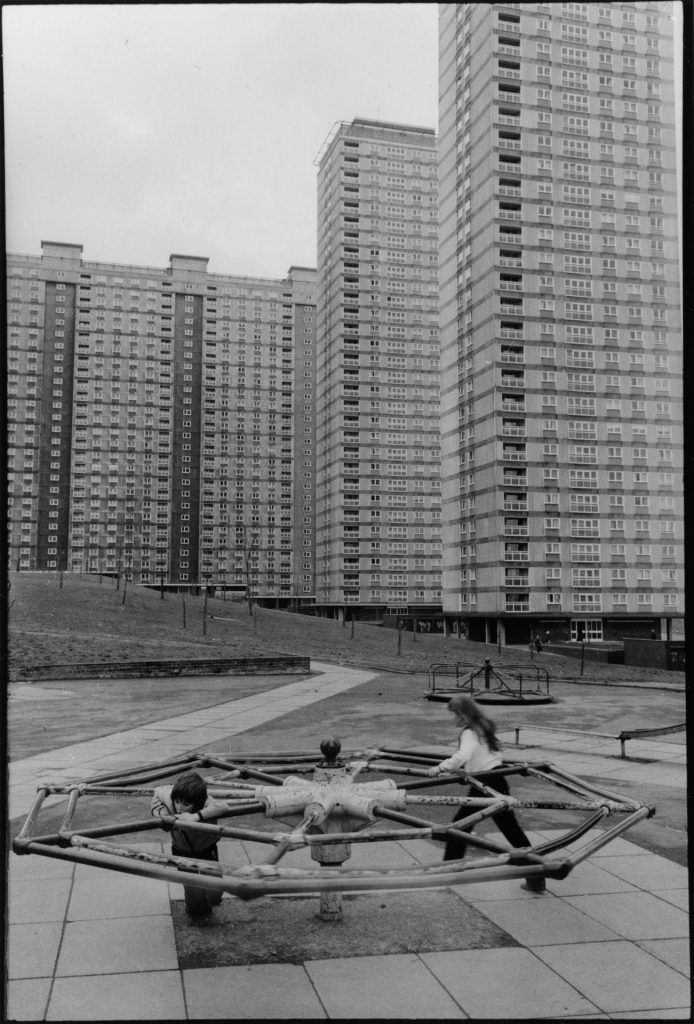 Chatting to the attendant resulted in me becoming ‘visitor of the day‘!

But really the highlight was the diverse images displayed and the quality of Herman’s photography. Just about all aspects of life feature; work, home and play. There’s everything from men working in the ship yards of the Clyde, and not just Glasgow but Greenock too, the coal fields of Lanarkshire and outside Chrysler car factory in Linwood. We see women at work in factories, building sites and their homes. There’s also photographs of community groups compiling local newsletters and trade union meetings and much more too.

Many images stick in my mind but this is my favourite. When we think of women’s role in the textiles industry in Scotland we might first think of Dundee jute workers or Paisley mill girls, but the story of the thousands of women who worked in machining factories running up everything from car seat covers to clothes has yet to be told.

If you’ve not been along already, I would highly recommend a visit – the exhibition is on until 27th of November.