A few weeks ago I attended the first annual Netball Scotland Conference at the fabulous ‘Oriam: Scotland’s Sports performance Centre’ based at Heriot-Watt University, Edinburgh 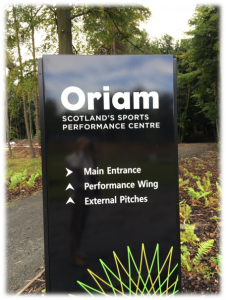 Given my position as lecturer in sport development at the University of the West of Scotland, and with my research focus on gender and sport, I’d been invited along to this conference to sit on an expert panel. The issue up for discussion was the future of netball in this Scottish setting, and specifically how to make netball the first choice sport for women and girls in Scotland.

This prompted a fascinating discussion led by the panel and the Netballl Scotland CEO Claire Nelson.  The delegates in the audience helped shape the discussion through their own experiences in netball, as they were all individuals active in the sport from grassroots through to elite level.

The types of events I usually attend are general sport policy or sport history conferences, both of which tend to have only a minority of female delegates, so it was refreshing to come to this event. This was such an inspiring conference environment where the majority of people in the room were experts in their sport and were having a real impact on sport in Scotland, and they were almost all women. 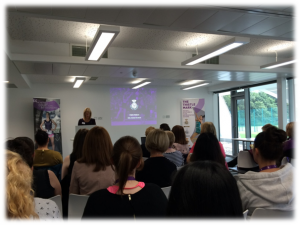 Netball is thriving as a sport in Scotland, with many ‘bounce back to netball’ teams bringing people back to this sport as adults, and the international netball of today is maybe a bit different to the netball we all remember from school.

Treagus (2005) has argued that in the early 20th century netball taught girls how to ‘play like ladies’, i.e. with ‘restraint’ in their sporting efforts, and a reserved physicality. This is not what we’re seeing today. The rules of the game haven’t changed much but the women and girls pushing this game forward are aspirational and confident rather than reserved, and, testament to their efforts, they have been nominated in the ‘Governing Body of the Year’ category for the Team Scotland Awards.

“These continuities in exercise experiences [from the 1930s to the 1970s] can be attributed to the lack of public funding to support development of both public sports facilities and sport in schools, and the persistent nature of gender relations in the household, which, whilst changing gradually throughout these years, still defined women as mothers first and foremost and the primary caregivers in the home.” (Macrae, 2016)

Has much changed today? At our feminisms conference a few weeks ago Zoe Fairbairns, and the majority of our speakers, reflected on how far we’ve come with feminism, but certainly also how far we still have to go.

There are numerous social changes that still need to be addressed if we are to develop equality in sport, and maintain the inclusivity of the ‘sport for all’ mantra that was the original 1970s policy focus for British sport. My point to Netball Scotland was that they have a real opportunity to shape and promote their sport as one that recognises the barriers still faced by women and girls in sport today. They can try and work around these barriers, offering something different as a sport for women, until we have more balance in wider society that frees women to engage in sport all throughout their lives without gendered barriers.  I hope Netball Scotland, and all those working in sport today, can rise to the challenge.

Eilidh Macrae (University of the West of Scotland)