In this new section of our website the members of Women’s History Scotland’s steering committee will share their inspiration behind their research on women and gender in Scotland. First up is our convenor Alison McCall who shares her memories of her grandmother:

I’m not sure what age I was when my interest in Women’s History was first sparked, possibly about the age of 12. I do recall where I was; I was sitting at our dining table having dinner with my parents.  My father said that he thought society was going to the dogs because of “working mothers.”  I pointed out that he had been brought up by a “working mother” and he said that his mother had not worked when he was a child. 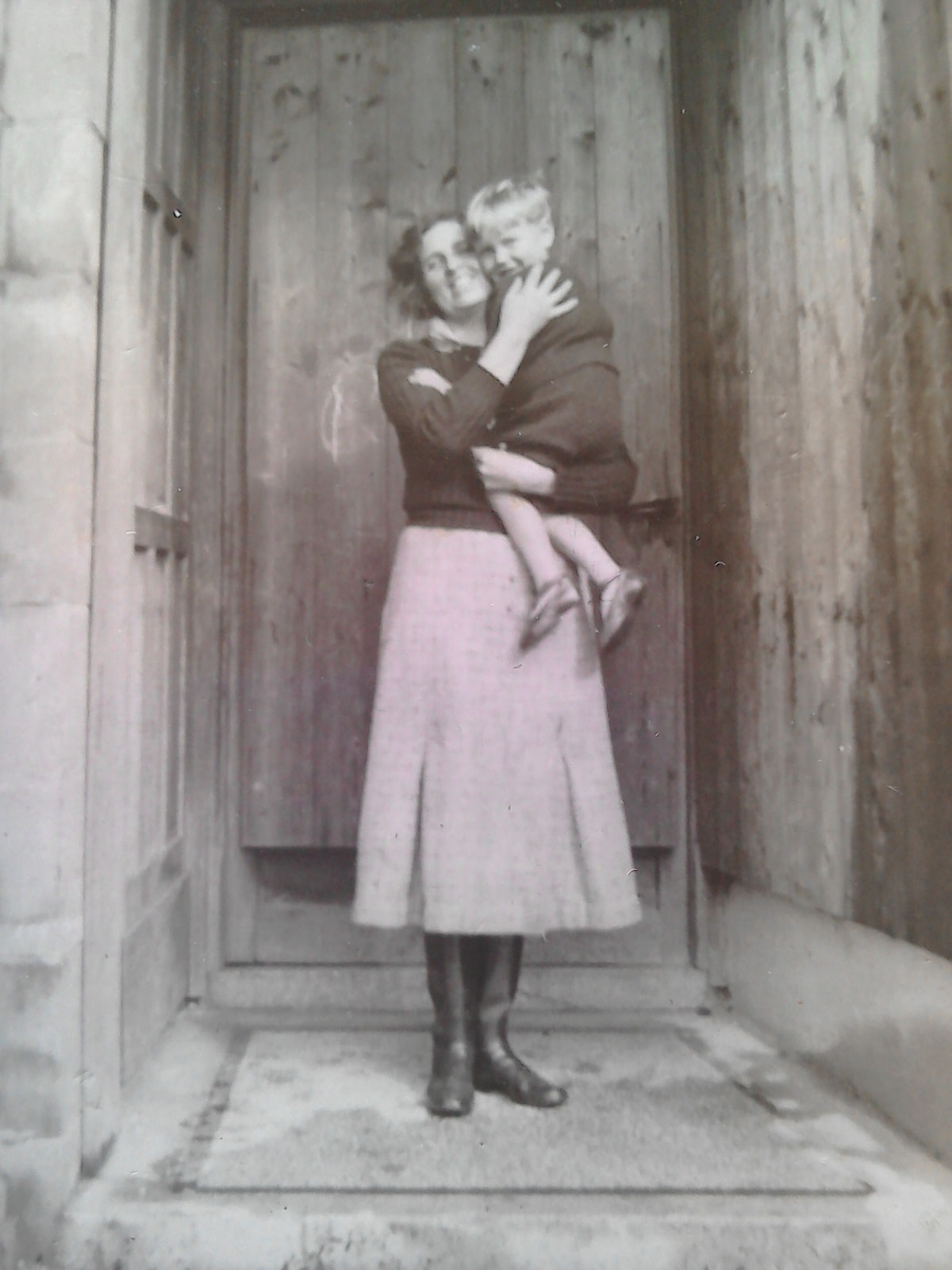 I loved talking to my grandmother and I knew her lifestory well. She had been a teacher but gave up reluctantly when she married. I sometimes wonder if her reluctance partly explained why she didn’t marry until she was five months pregnant, but that wasn’t really the sort of question you could ask my grandmother!

My grandfather was an insurance agent with Co-operative Insurance, covering a huge area around Fort William. His job involved driving round collecting premiums from customers. No sooner had the Second World War broken out than petrol was rationed.  My grandfather’s job immediately contracted; farming clients were encouraged to pay their premiums in Fort William on market day, rather than my grandfather driving to collect them; weekly visits became fortnightly, fortnightly visits became monthly.  Fearing conscription into the Army, my grandfather enlisted in the R.A.F as a mechanic in May 1940.  Gran took over his job. She would take my aunt to school and then set off in the car with my father, aged three, beside her.  She enjoyed it. Customers would ask after my grandfather, especially once he was in the Middle East. Farmer’s wives would slip her a couple of eggs or a half-dozen tatties.  She kept the paperwork up to date and finished work for the day at 3.30pm when my aunt finished school. This was when her “second shift” started, keeping the house clean and the children fed.   Air raids on the nearby aluminium works meant that sometimes she would have to get the children up in the night, and go to the air raid shelter.

Knowing all this, I challenged my father’s assertion that his mother “had not worked” when he was a child. He said that a 9.30 -3.30 day didn’t count as working. I pointed out that she worked exactly the same hours as my grandfather had, immediately prior to enlisting, and she wasn’t going home to a cooked dinner afterwards. He then argued that my grandfather had been fully focussed on his work, which made it a “proper job” whilst my grandmother had done the same work, but accompanied by a toddler, which meant that it wasn’t a “proper job.”  As soon as my grandfather returned from the war, in late 1945, it became a “proper job” once more, because my grandfather wasn’t juggling it with childcare and housework.

That sparked a curiosity in me; I wondered how many other women’s work had been similarly undervalued, or invisible. I wanted to know the “real story” of women’s work, paid or unpaid.  It is a curiosity which has never been quenched.

2 thoughts on “Our inspiration – Alison’s grandmother”