A few weeks ago (Saturday 18 June) my daughter Sylvie and I had a wee day of culture in Glasgow city centre.

First off was a trip to see ‘Govan to Gdansk’ at Streetlevel Photoworks. This exhibition featured the work of Raymond Depardon, whose photographs of Glasgow in 1980 (an assignment commissioned by the Sunday Times) were never published. Well, until now. The photographs have received a great deal of attention and I’d looked at them online. 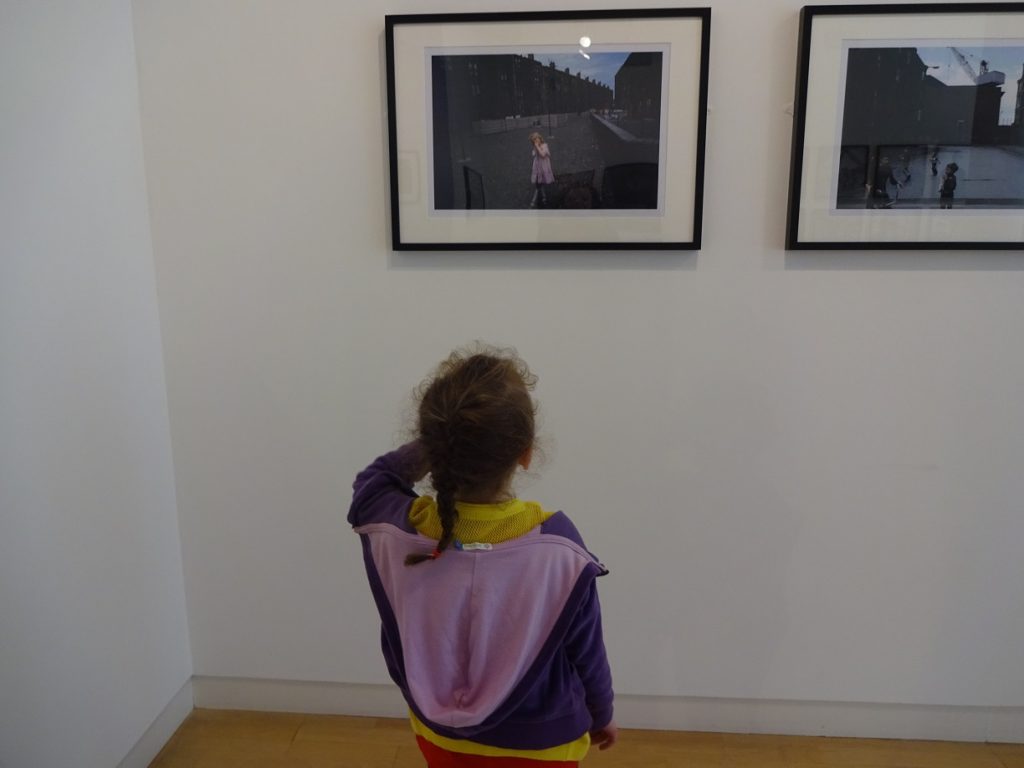 It was good to see the photographs displayed full size at Photoworks. Obviously there wasn’t space to display all seventy-five, but it was unclear why the images displayed had been selected (in saying that, I didn’t have time to read all the displays as I had a five-year-old with me). The photographs show both men and women, boys and girls. But, for me, the images of women are the most evocative (probably because I can remember Glasgow in the 1980s and shopping trips with my mum ‘up Glasgow’).

Through Depardon’s photographs we get a sense of what it was like to live in Glasgow in the early 1980s, what the city looked like and the results of the city’s slum clearance programme. This should have been completed by 1980 (according to the city’s quinquennial plan of 1961) but building work and demolition continued well into the 1980s. But against this background we see women pushing prams, girls in brightly coloured dresses, children playing and teenagers hanging about. 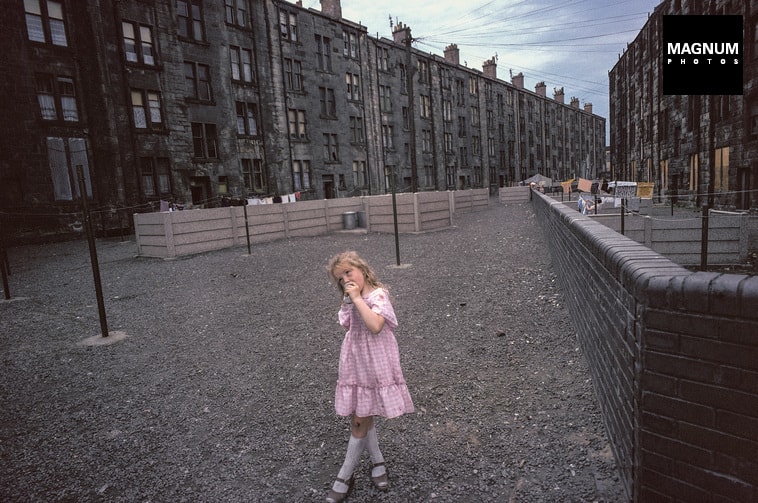 The exhibition runs until the 31st of July and I would highly recommend a visit if you are in Glasgow. You can also view the images online and of course you can buy the book. 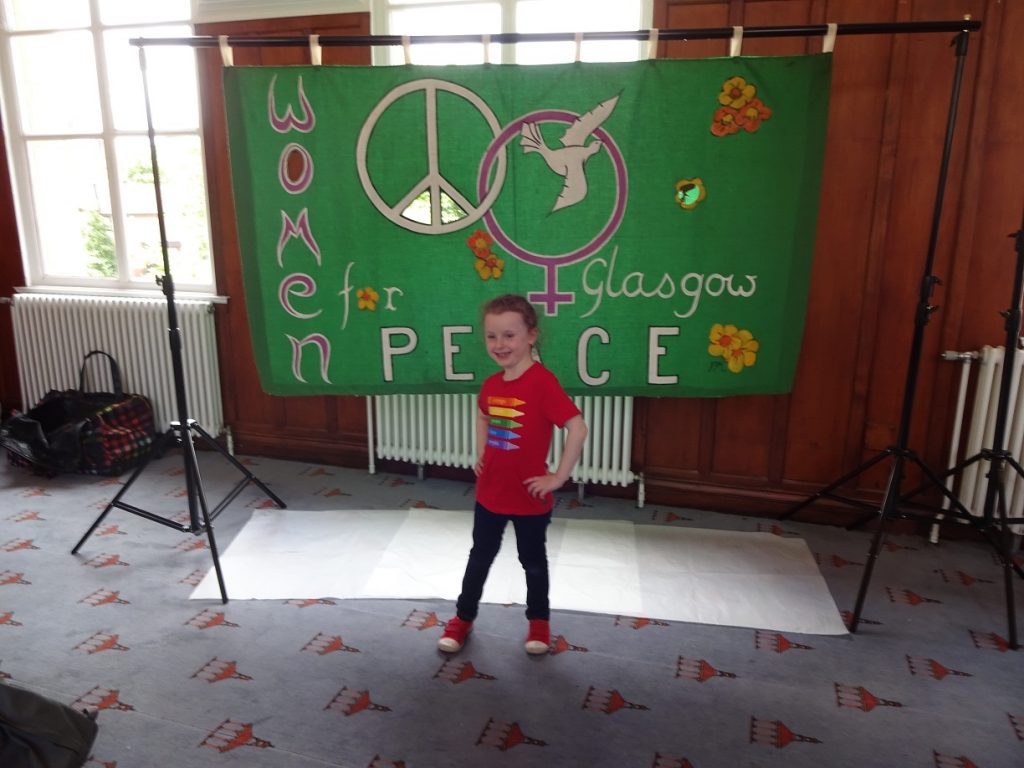 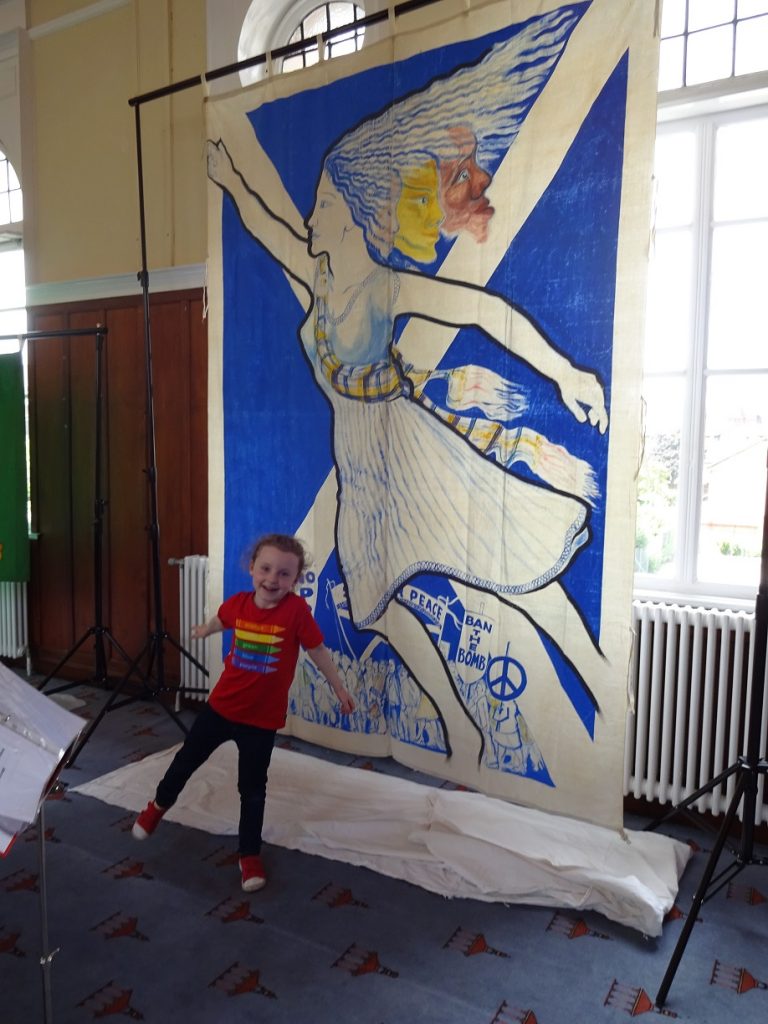 As is the case it all Banner Tales events, it’s great to see a piece of history on display and think about the people, organisations and communities that produced the banners, what causes they were promoting and why. But the real strength of these events is that those attending have the opportunity to hear first hand from these people, whether they made the banner, carried them at a protest or have some connection to the organisation or cause depicted.

At this event we heard from Magi Sale who organised the peace march in Scotland in 1982 and saw a display of photographs from the march. It was really enlightening to hear about her motivation for organising the protest, the effects it had on her own family (her ex-husband, while sharing her views, wasn’t so keen on her activities taking her away from home) and the long-term implications it has had in her life.

While Magi spoke, Sylvie read a bit of a book on the campaign for women’s suffrage from the display which seemed particularly appropriate for a trip to Glasgow Women’s Library. She soon lost interest and we had to leave Banner Tales early and missed the Govan Allsorts Community Choir (always excellent – if you ever get a chance to hear them). 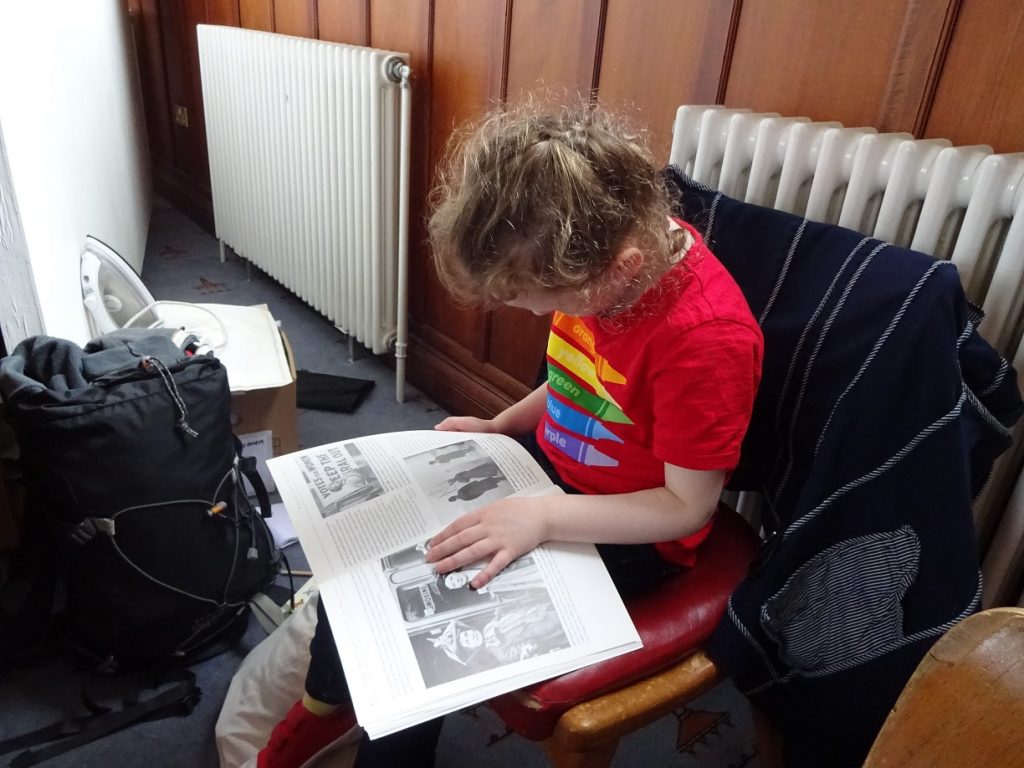 I’m hoping this is just the beginning of Sylvie’s interest in women’s history – well, to be fair, she doesn’t really have much choice!

Keep an eye on the Banner Tales website, women’s history always features in their events.